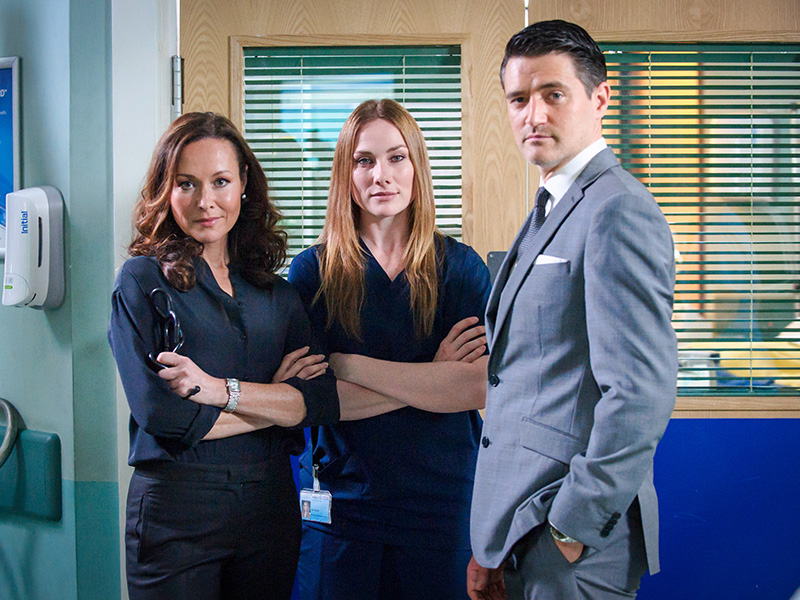 ‘Hearts and Flowers’ : Valentine’s Day arrives in Holby, and for Connie, the day brings a reunion with old flame Sam, who has returned from New York with Connie’s estranged daughter Grace.

The pair’s arrival on the ED is no social call, though, as Sam’s new girlfriend Emma has fallen critically ill, and requires urgent surgery.

Ethan is furious at Cal for his deception, and as tensions rise to boiling point, the pair end up brawling in resus. Elsewhere, Big Mac becomes an overnight celebrity, Lofty struggles with the management element of his new job, and Max arranges a date with a woman who looks remarkably like Zoe.