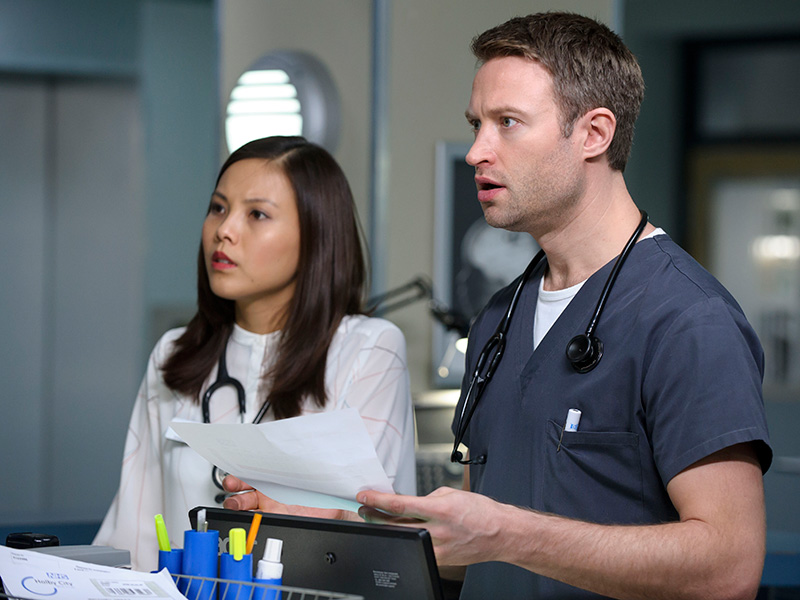 ‘When the Whistle Blows’ : Stan Cullen hopes to escape the tyranny of a bullying boss by burning down a building on a secure construction site. However, he is unaware that his wife Tamzin has the same goal in mind, and happens to be inside the building he has set ablaze.

Meanwhile, Cal confronts Sam, claiming he has been intimidating Lily into working overtime, and Jez wakes to find himself in the bed of Elle’s 17-year-old son Kalen, resulting in a tense stand-off in the ED. 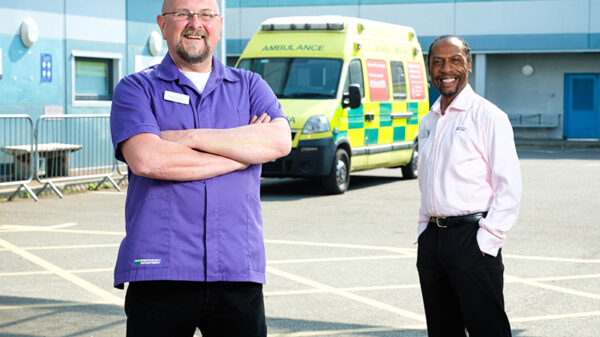 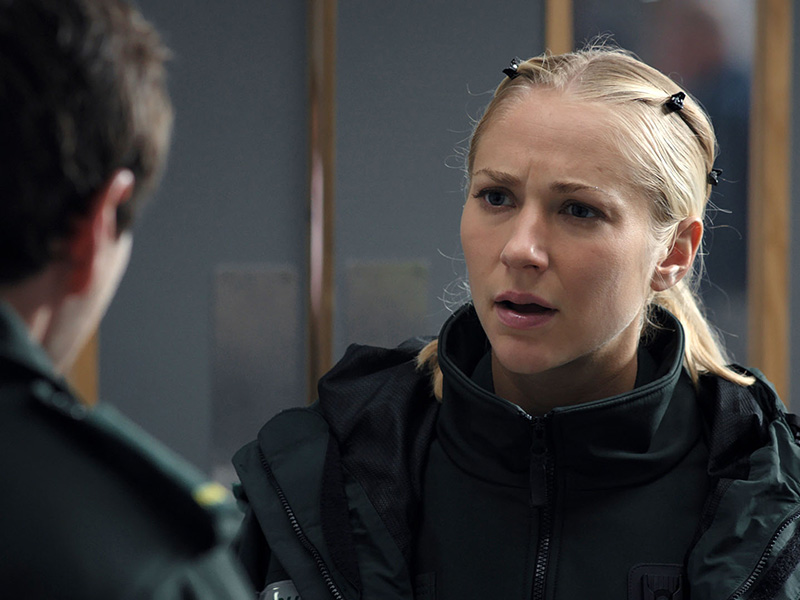 Iain goes above and beyond on his first day back as a paramedic after his suicide attempt, and Duffy starts to doubt whether she... 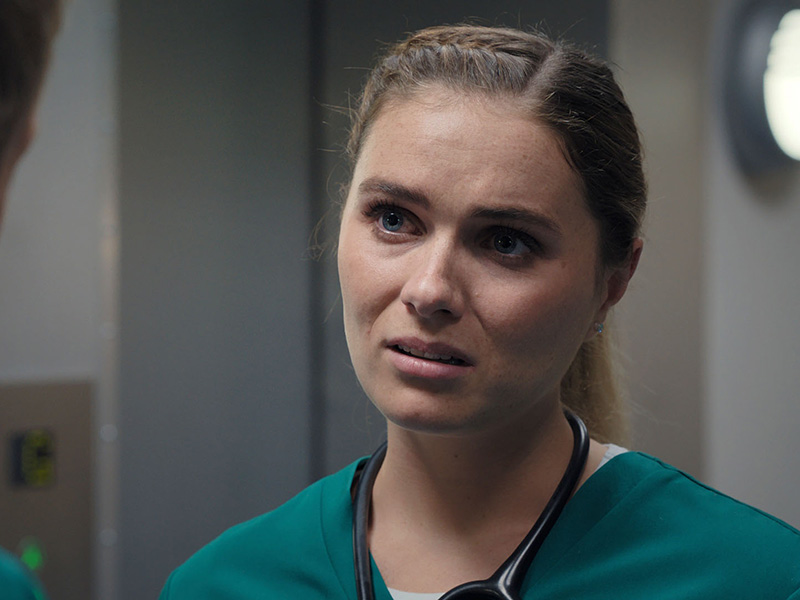 Alicia finds out that she has been offered a place on a coveted paediatric fellowship in Manchester, forcing her to make a decision on...