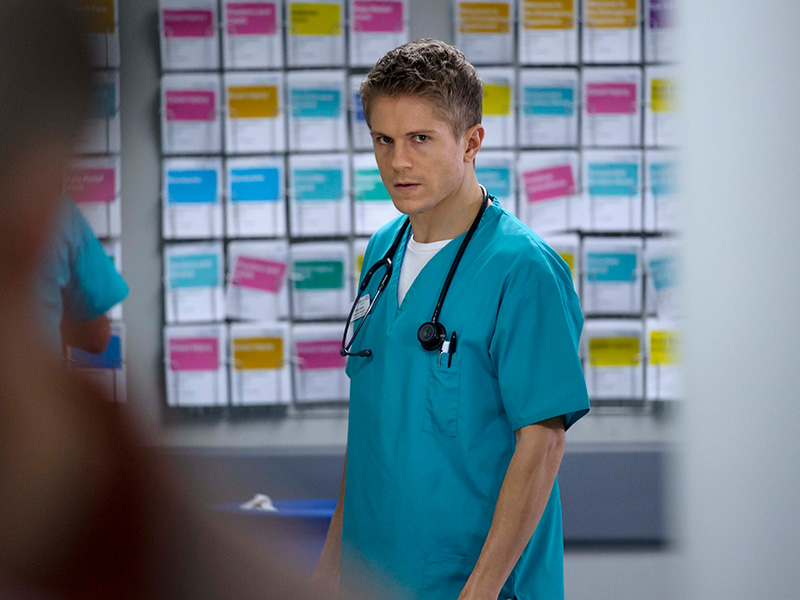 ‘Swift Vengeance Waits’ : Violence at a right-wing rally outside a local Muslim community centre brings plenty of patients in to Holby’s ER, including Mickey, who Jez is dismayed to learn has still been supporting his racist family.

Ethan discovers Scott Ellisson has been released from police custody without charge, and when he turns up at the hospital alongside his injured brother, Ethan spots a chance to confront him about Cal’s death.

Meanwhile, Iain worries Lily is overdoing it as she prepares for her consultancy exams, and Duffy tries to help Charlie process his grief, as he ignores his own emotions in an attempt to help his colleagues deal with Cal’s untimely demise.