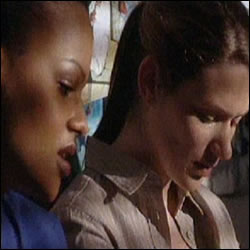 Diane is seeing Mubbs. He informs her she is seven weeks pregnant. As soon as she is told she asks Mubbs about a termination, which he says he will organise although he advised she should wait.

The agency nurse helping in AAU turned up seeming cheery. Jess is late but is then asked to move in permanently by Lisa. Diane and Ric see to a baby who has bone marrow problems and needs a transplant. Jess asks Ric for some money to give to Lisa as he leaves from seeing to the baby. Jess comments on his private work meaning he’ll get more money.

Rosie is delivering a baby in maternity who is face first. She calls for Mubbs to help but manages to deliver the baby without his help. Mubbs lets slip about having a patient wanting a termination after only just finding out about being pregnant. Rosie then comments in reply how it took her two weeks to decide with her own baby. When Mubbs later bumps into Rosie he helps her with what she’s doing.

Ric and Diane rush into theatre with a patient. A new patient brought into AAU with broken ribs helped the patient who Ric and Diane are operating on. Diane snaps about Ric going to the Hadlington because she wanted him to be at Holby since she’s having the termination. Diane walks out of theatre. Ric follows her. Demanding to know what is wrong. Diane finally tells him that she is pregnant but is having a termination later that afternoon. Ric tries to explain to Jess that he can’t go to the Hadlington. Jess snaps at Diane. Diane and Ric discuss her situation in the lift. He says that he won’t go to the Hadlington but she insist’s he goes.

Ric goes to the Hadlington as Diane goes to maternity. Diane speaks to the parents of a new born baby. The baby could be a match for the baby in AAU since they’re cousins. Diane discusses a bone marrow transplant. As Diane leaves Rosie approaches her. Diane and Rosie argue on the situation of the new born baby and the baby in AAU. Mubbs gets involved – taking Diane’s side before Rosie comments on giving women terminations when they only just know they’re pregnant. To this Diane storms off.

Diane has to rush a baby into theatre whilst Ric is operating at the Hadlington. Diane calls Ric as she needs his help. Ric rushes back to Holby from the Hadlington and takes over. He tells Diane to leave to make her appointment. Diaen leaves heading for her termination. Unaware to Diane – Ric has told Jess so that Jess can try to help Diane. Jess finds Diane and they discuss the situation. During which Jess brings up her own experiences after her falling pregnant with Alex’s baby a while ago. Jess tells Lisa she should take Steve’s place because she’d make Steve proud and would be good at the job.

Rosie see’s Diane in maternity and realises she should apologise. Rosie apologises as Diane is called in for her termination. Rosie goes to see who’s patient Diane is. Mubbs comes up behind her informing Rosie, Diane is his patient. Rosie realises that Diane is the termination Mubbs is doing.

Ric gives Jess the cheque from the Hadlington. Jess tells Ric to keep an eye on Diane as she’ll need it. Ric and Jess discuss the relationship between them. Mubbs asks Diane if she is sure she wants the termination which she says yes too. The patient in AAU who helped a patient on Keller dies but has told his grandad the truth. Mubbs and Rosie go for a drink together. diane leaves the hospital almost in tears at what has just happened.

Oliver Jackson – A baby in AAU. He needs a bone marrow transplant and also a bowel obstruction.

Ash Haynes – Brought into AAU with broken ribs. He helped Heather Preston on Keller to fight off a burglar. Ash later dies from an internal bleed.

Heather Preston – A patient brought into Keller. She has a major internal bleed but is operated on by Diane and Ric which saves her life.

Lily Jackson – New born baby in maternity. Tested for bone marrow transplant. Her mother is also a patient in maternity

In this article:Chris Webb, HC Series 5 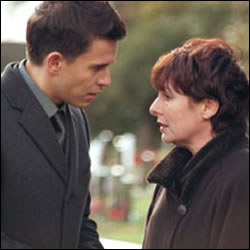 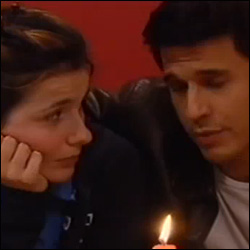 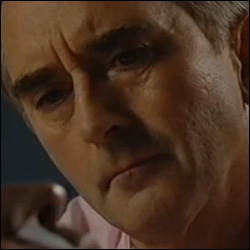