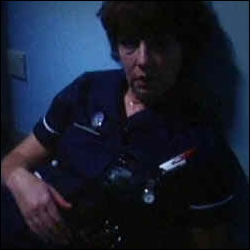 Nic is horrified when he realises that a critical patient brought in with severe stab wounds is his mother. Trying to remain focused, he has to care for her knowing that Kelly is responsible.

He corners Kelly and threatens to go to the police but, when she claims that she did it all for him, he cannot go through with it. She agrees that it has got to stop and seems reconciled to her fate. But Kath finds her returning to the ward with a sinister motive.

Rosie finds Mubbs’s attentions rather over the top and advises him to cool down. But when he later turns up unexpectedly at her place, the temperature rises and they end up in a steamy embrace.

Lisa finds Ric’s domestic habits hard to put up with and refuses to house his illegal plant. Jess discovers he has been gambling with her money and tearfully cuts up his credit cards.

Diane is mortified when the vicious rumour proves true and Tom shows his face. He is surprised by her feisty attitude and she finds it hard not to make an enemy of him, especially when he asks her out for a drink.

In this article:Andrea Earl, HC Series 6

Episode Summary Will Curtis arrives as a new registrar and his confidence verges on arrogance. Diane is excited to see him again and praises... 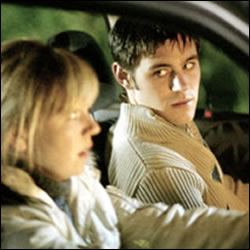 S6 E8 (25 Nov 03) : Understanding by Martin Jameson Episode Summary Ric, Diane, and Zubin are in theatre, operating on a man who’s been...

‘Inside Out’ : Diane’s childminder calls in sick, so she is forced to take baby Jack to work with her. Although Connie warms to...