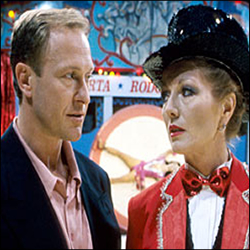 In a country pub, Julian urges Sandra to leave her husband for him, she says it’s not that easy. He later takes Sandra’s daughter, Laura, to the circus. The owner of the circus clashes with her trapeze artist son, Bobby, about new routines. To shock her, he performs a new routine with partner, Argyle, but she falls 30ft to the ground. Julian rushes over to help and in hospital diagnoses fractured ribs, femur and her spleen is ruptured. The staff realise something is going on between Julian and Sandra. Bobby suffers a dislocated shoulder. Their knife throwing dwarf is also in A&E after hitting his eye with a mallet. Rob takes out a splinter from his cornea, but also discovers his other eye is suffering from glaucoma, which will end up with him being short sighted.

Six months pregnant, Annabel Croft, is brought in after being assaulted by her boyfriend, Nick. A couple, Hattie and Russel, take her in and Sandra discovers Annabel is being a surrogate mother for them, but she decides to keep the baby, leaving the couple dismayed and angered. Nick also pays a visit, where she tells him its over between them.

Charlie also treats a man, Barry, who has been bitten on the hand by a rat, and has septicemia.

Duffy tells Sandra she has got in touch with Andrew, and Julian is annoyed that ]Simon wants to cut SHO jobs. Rob tells Max that Natasha is physically but not mentally better from last episode’s incident. Ash is missing Nikki’s company, and Maxine celebrates with the staff with champagne, after being promoted to Lance Corporal. She also asks Charlie for information on nursing training.

* Archie – dwarf with splinter in his eye.

* Barry Butler – septicemia in hand after being bitten by rat.

Julian in pub with Sandra;

Sandra : You’ve given her a hamburger already, don’t let her talk you into filling her with popcorn later on. You don’t have to take her if you don’t want to.

Sandra : What you worrying about, work?

Julian : Well I’m a doctor not a financial manager.

* Pub Sandra and Julian are in ‘White Hart’ pub.* Receptionist Jenny is moving upstairs from A&E.

In this article:Cas Series 7, Catherine Johnson 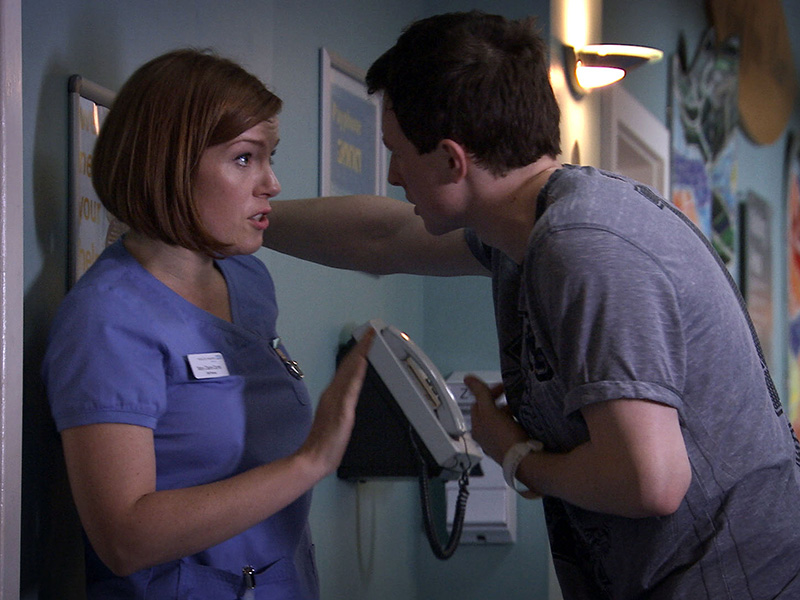 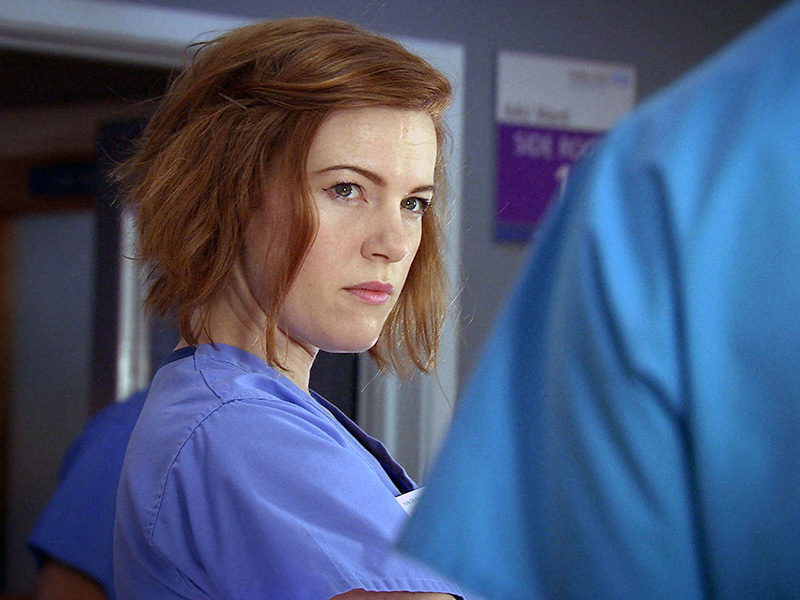 ‘Flesh is Weak’ : Chantelle returns to work, desperate for the comfort her job offers her – only for her expectations to be quickly... 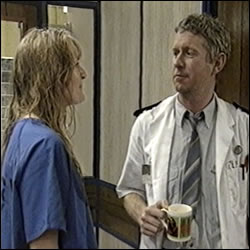 S7 E23 (20 Feb 93) : No Cause for Concern by Bryan Elsley Episode Summary Charlie spends the night on the sofa and turns up... 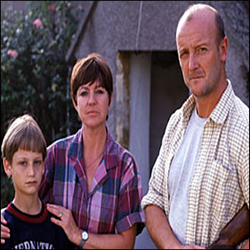