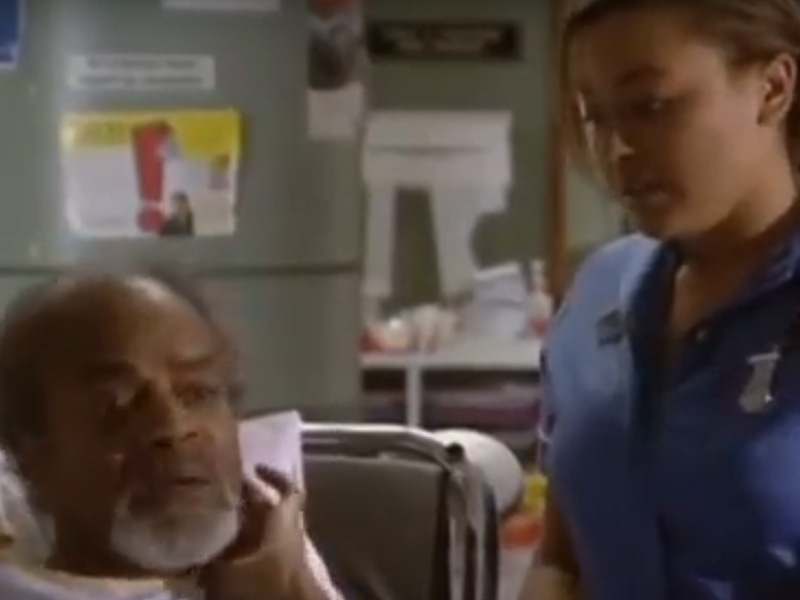 Mark comes in to see Chrissie, a man collapses in front of him and Mark comes to his aid. Chrissie complains to Connie about the nurse shortage and Connie replies that Mark can work a shift. Tricia is angry but Mark decides to do it. Tricia tells Chrissie she cannot believe that she has chosen Mark over her own mother, and says she should send Mark home – Chrissie refuses. Mark works with Owen and the pair ending up resolving their differences. Chrissie encourages Mark to apply for a full time nursing post at Holby – Tricia is furious and Mark says he has decided not to try for the job.

Dale, the man who collapsed in reception, is found to have a serious condition and may not survive. Meanwhile, his wife Katrina, who’s 8 months pregnant, is up in antenatal being checked over for a bruised abdomen. It is suggested by Mark, that she could have her baby induced so Dale would get to see his first child. Owen delivers a baby boy, and whilst Dale’s condition deteriorates, Katrina debates whether to see him as she reveals he abused her.

Mubbs comes in smelling of alcohol after a heavy night out. His new playboy attitude infuriates Owen who tells him to go and get changed. Later, Mubbs teases Diane about her wedding flowers. Owen tells him to leave his personal frustrations at home or he will get sacked.

Lisa is furious with Donna and tells her she had to pay £500 to get her belongings back. She says Donna can earn the money back by being in charge of AAU. Donna finds the experience stressful and learns a valuable lesson about management.

Mickie tells Donna that she asked Connie out for a drink a while ago. Donna is shocked.

Will is annoyed about the interview in the paper calling him a hero. He tells Connie that he asked the journalist to leave his military record out of the piece but Connie tells him she wanted it in. Later, the hospital systems are not working and Chrissie and Donna have had enough of Connie. Will stands up to Connie and says that she only bully’s him to hide her own inadequacies and cracks in her management style are now beginning to show. Just then, Mickie tries to ask Connie about a new mentoring session. Connie callously tells her if she cannot pick her moments better she is not mature enough to partake in the scheme.

Jess is in pain, Sean insists that she get checked out in maternity. The baby is fine but she is slightly anaemic. Sean speaks to Ric and Zubin and tells them he is worried about Jess. They ask Zubin to speak to her as she may listen to him. Zubin relents and tries to talk to her but Jess feels suffocated and storms out of work. Sean follows and tells her he loves her. She blurts out that the baby is not his.

A woman, Jan, whose estranged sister Carol is a patient, arrives after being asked to come and see her. Carol thinks she is dying, and wants her son to know the truth – that Jan is infact his real mother – before she dies. Jan is unhappy when the son is told but makes no regrets at giving him away. Carol later discovers she is not dying after all but has a treatable condition.

* Katrina Weller – has her baby induced.

* Michael Philpot – keeps being passed from dept. to dept.

* Donna tells Mickie it’s a bad idea fancying Connie; ‘You’re out of your pram, she’s your boss and she’s not a lezza from what I’ve heard!’