The atmosphere between Zubin and Ric is frosty with Ric refusing to talk to Zubin. Jess reveals to Ric that she followed Zubin to Paris and that he did not seduce her. She turns round to see that Sean has overheard the conversation. They talk and Sean realises she does not love him, they decide to end their relationship. Zubin and Ric clash again when Zubin tries to tell him he believes Connie is taking advantage of their feud, but Ric is not interested.

Chrissie persuades Connie to consider Mark for a permanent position, she says she will interview him that afternoon. Chrissie goes to tell Mark the good news but he is too busy flirting with Lisa to respond. Later, Tricia goads Mark saying she knows he will not hang around for long. To prove her wrong he agrees to go to the interview. However, he later changes his mind and tells Connie he does not want the job. Connie is furious and berates Chrissie for wasting her time. Chrissie storms into the bar where Lisa and Mark are drinking. She tells Mark she wants nothing more to do with him.

Connie reveals to Michael, the new Chairman of the board and her husband, that she sees the feuding between Ric and Zubin as an ideal chance to expand her department.

Dominic Fryer starts work as the new teaching consultant – Diane is shocked to see him. One of his students, Emma turns up demanding to know why he has not returned her calls. They argue and she attacks him. Dominic collapses and discovers he has a hernia, Ric agrees to operate on him later. Diane finds Emma collapsed in the toilets after having taken an overdose. Diane questions Emma on her relationship with Dominic. She asked if he forced himself on Emma and reveals he did the same to her. Dominic says he wants to be awake during the operation and opts for a local aesthetic. Diane and Ric perform the procedure, Dominic and Diane start to argue about Emma. Ric is concerned and tells Diane to leave the theatre but Diane bursts out that he raped Emma – and herself. Dominic starts fitting, Zubin is called in and wants to know how a healthy man suddenly deteriorates during a routine procedure – they are unable to save Dominic and he dies.

Meanwhile, Donna finds Emma collapsed after having taken another overdose. She is upset when they are unable to revive her, having earlier talked to her.

Model, Paula, is brought in after falling off her bike. The team discover she has a hole in her heart which needs an operation. She also admits to suffering from piles. Paula dumps her boyfriend when he decides to take a modelling job abroad instead of helping her recuperate.

* Dominic refers to Lisa as ‘the appropriately named Miss Fox’ 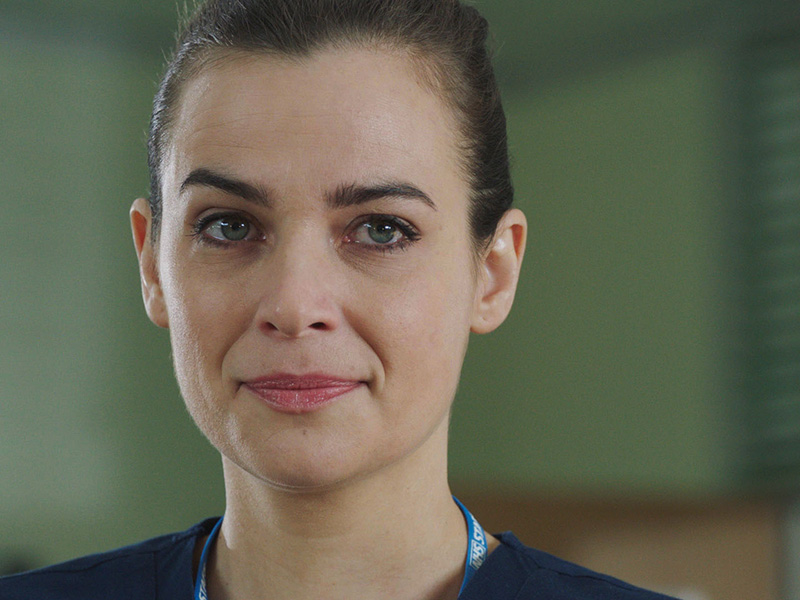 ‘Out of Sight Out of Mind’ : Arthur rallies when Morven’s dad, Austin, is admitted in need of an immediate liver transplant. Meanwhile, Zosia... 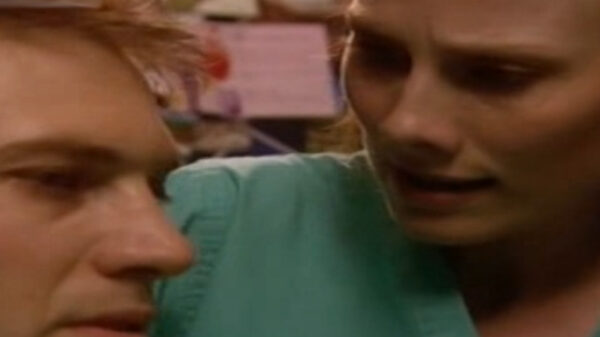 Episode Summary The Holby team takes part in an emergency drill to see how they would cope in the event of a terrorist attack.... 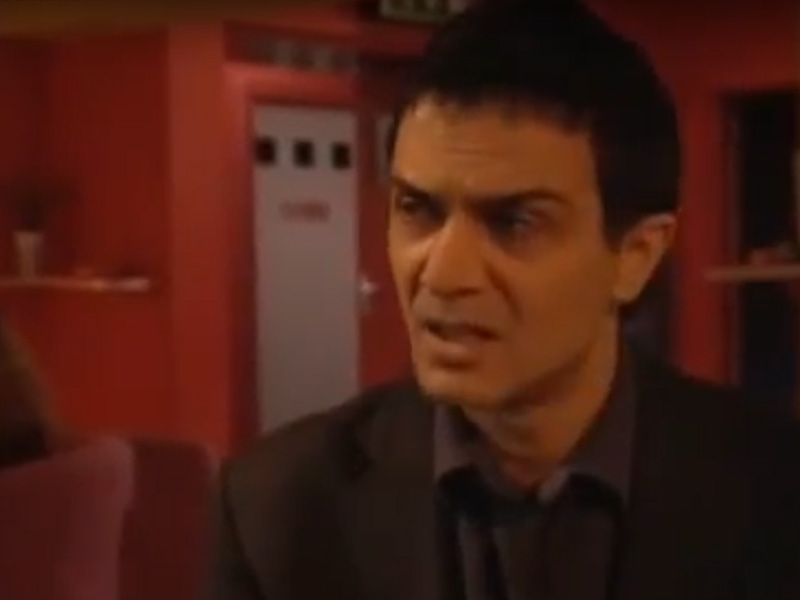 Episode Summary Michael Beauchamp’s charity is having a ball that night. Tricia persuades Mark to take Chrissie to make amends with her. Chrissie is...