Nick treats patient Helena Bosman who has abdomen pains following a bodged tummy tuck operation abroad. Nick rushes Helena’s operation, so he can operate on a heart patient, Savanna, with Connie. However, during surgery, he cuts her urethra and her condition deteriorates, resulting in her needing a further operation. Nick manages to cover up his actions, but his patient’s husband, Don, complains to Ric about her treatment.

Elsewhere, Donna is upset when she finds out from Savanna – who is a pole dancer – that Justin was in her strip club at the weekend. Donna talks about their relationship and Justin says he didn’t realise he was in one – he just wanted some harmless fun. But Donna is upset and walks off.

William Lucas is brought in with his brother after collapsing. They are hoping he will be discharged as soon as possible so they can attend their father’s funeral.Joseph becomes involved in the case and cracks under pressure during an operation with [ID 1570]Elliot[/ID]. Elliot speaks to him afterwards, and Joseph opens up to him – the situation reminded him of his own relationship with his brother, who took an overdose. Elliot sends him home and says they can talk about it another day. Later, Joseph goes to see his brother who is in a coma.

* Before learning of Justin’s shenanigans, Kyla tries to warn Donna ‘Don’t smother him – he can’t handle it!’

In this article:HC Series 8, Veronica Henry 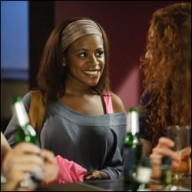 Episode Summary Helena Bosman is readmitted and Diane operates on her. Furious about the treatment Helena has received, her husband, Don, makes a complaint...

Episode Summary Michael’s appeal day finally arrives and he is overjoyed to win. He tries to make amends with Connie and atone for the...