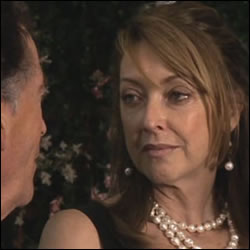 Mark and Tricia are planning to get married in the hospital gardens, but Tricia is still concerned over rushing things and calls things off when she finds out Mark managed to pull strings so they can marry that day by telling them of her condition.

The pair continue to get involved in the turbulent relationship between dying patient, Roger, and his estranged son, Zack. Zack is struggling to cope with his father’s condition and offers Tricia a lift on his way out. In the car, Tricia realises Zack is high on drugs and they crash the car. Tricia brings Zack back into the department where he manages to have an emotional goodbye with his father, before he dies.

Events lead Tricia to continue with her wedding and the couple marry with Chrissie and Lola as witnesses.

Elsewhere, the tension between Chrissie and Kyla reaches boiling-point when a patient, Vicky’s, injuries lead to disagreements over the best course of treatment. Kyla is wrapped up in her personal situation but Chrissie has been pushed too far and issues an ultimatum – that she seeks counselling to control her temper or lose her job.

Meanwhile, Matt continues to accuse Donna of incompetence when treating a patient, Dr Bob Coulson with deep vein thrombosis. But things are not quite what they seem when it is discovered that the medicine has been tampered with and Bradley is called in to question.

* ‘Shine on you Crazy Diamond’ plays near the end of the episode.

In this article:Andrew Holden, HC Marriages 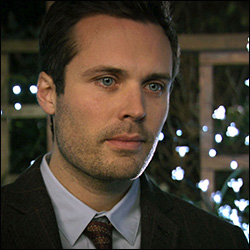