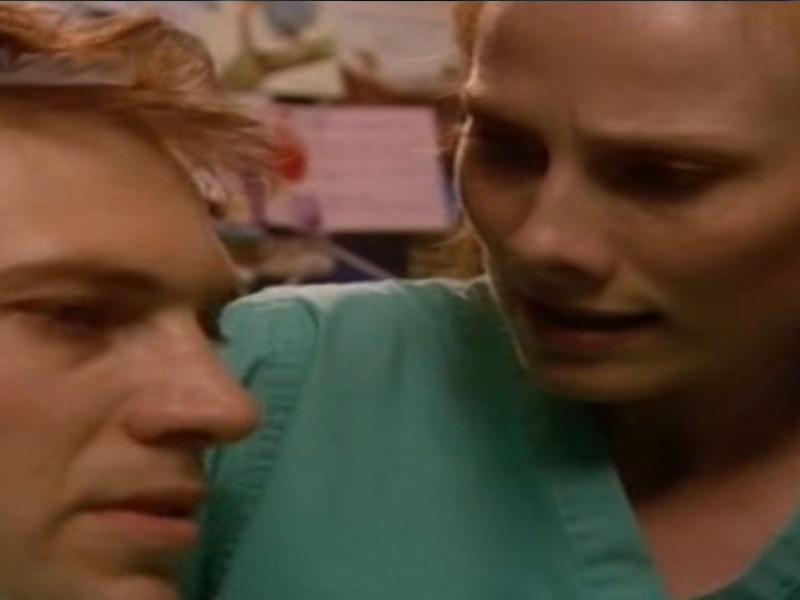 The Holby team takes part in an emergency drill to see how they would cope in the event of a terrorist attack. Diane comes to help but may have a hidden agenda of her own.

Joseph struggles to cope with the pressure of the drill, with disastrous consequences when he collapses after an accidental overdose. Jac finds him and promises she won’t tell anyone. However she tries to use the situation to her advantage by telling his father, Lord Byrne, but her plan backfires when Lord Byrne offers Diane a new post and she alienates Joseph in the process, when he finds out.

Mark discovers that a risky operation could save Tricia and asks Diane to help. Diane manages to pull strings and the operation is agreed.

Meanwhile, Connie worries about how Elliot is coping after Gina’s death when he immerses himself in work. Whilst Abra makes a confession to a shocked Ric about the pig’s kidney operation. He is furious at being unintentionally dragged into his deceit.

Visually-impaired Richard Price-Thomas, who has vascular disease is brought in after a fall at the docks. He has a DNR but his wife fails to believe he attempted suicide. He is eventually persuaded to have an operation.

A mother, Siobhan, tries to hide her bowel condition from her daughter, Mel, as she doesn’t want to be a burden on her whilst a man, Ian, who took part in the exercise, is taken ill for real following an allergic reaction.

* ‘How long have you being doing this@’ Jac asks Joseph about his fentanyl drug abuse. ‘Not long,’ he replies. ‘That’s why you’ve got a whole party pack in there,’ she says in disbelief.

* ‘Off to see the headmaster?’ Donna asks Jac, who is about to see Lord Byrne. Unbeknown her plan is about to backfire, she tells Donna confidentially ‘Just cashing in a few brownie points’.

* ‘Loyalty towards colleagues is something to be valued.. don’t you think Miss Naylor?’ Lord Byrne pointedly remarks to her.