Connie gives [ID 1598]Sam[/ID] the cold shoulder after she witnesses a tiff outside the hospital in which he turns his back on a one-night stand. She refuses to let him attend her 12-week scan, and urges him to accept the baby has nothing to do with him. However her feelings thaw a little when at the end of shift in the bar, Connie hands Sam a baby scan picture.

[ID 1443]Mark[/ID]’s first day as a nurse Consultant gets of to a shaky start when he becomes the target of a psychiatric patient, Paul, in the hospital corridors. Paul has eaten a number of pens and whilst [ID 1852]Dan[/ID] argues with the psychiatrist over getting consent to operate, Maria tries to understand Paul’s motives.

Another man, Clive, who suffers a displaced fracture following an argument with Mark is treated for an underactive thyroid. When his condition worsens, Keith Greene blames Mark but when Mark’s suspicions lead to discovering Clive’s wife of giving him sugar pills, Greene is forced to apologise.

A boss, Rod – who owes money to his workers, comes in with chest pains. He needs a coronary artery bypass but doesn’t want the operation and later suffers a stroke.

* Donna makes a bet with Matt that she can walk over 3 miles a day. She gives an unknowing Maria her pedometer, but her plan backfires when Matt tells Maria and the pair split their winnings.

* ‘I’m going to have to get my boss down for his’ Matt says. ‘What’s wrong with him?’ Maria asks of the patient. ‘I think he’s mad!’ Matt replies.

* ‘Why is it so hot in here?’ the psychiatrist asks, with the heaters playing up. Dan quips ‘They’ve got HRT for that!’

* ‘What kind of role model are you offering?’ Connie accuses Sam. ‘Sleeping with a different tart every night’.

* Sam is upset by Connie’s harsh behaviour. ‘What have I done to deserve this?’ he asks.

* ‘In the Morning’ by Razorlight plays. 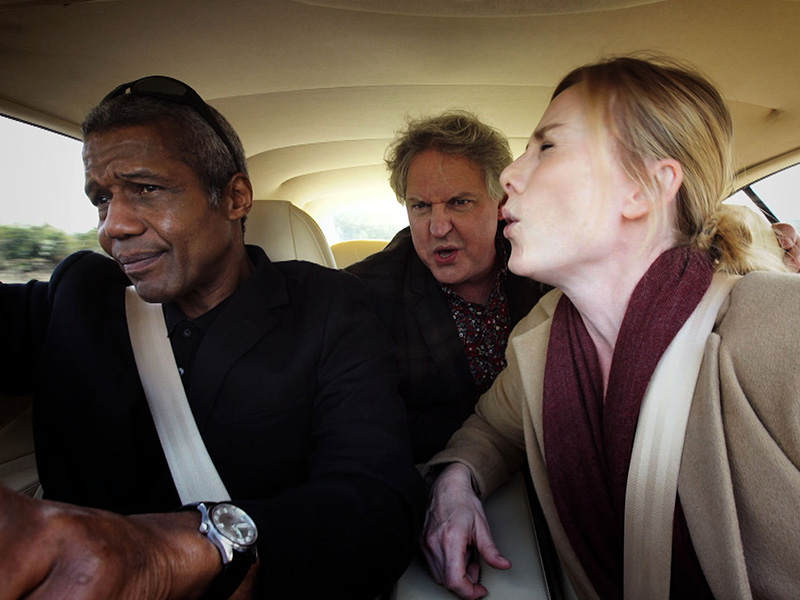 ‘Everything Old Is New Again’ : On a new year road trip to compete for funding worth millions of pounds, Jac, Ric and Sacha... 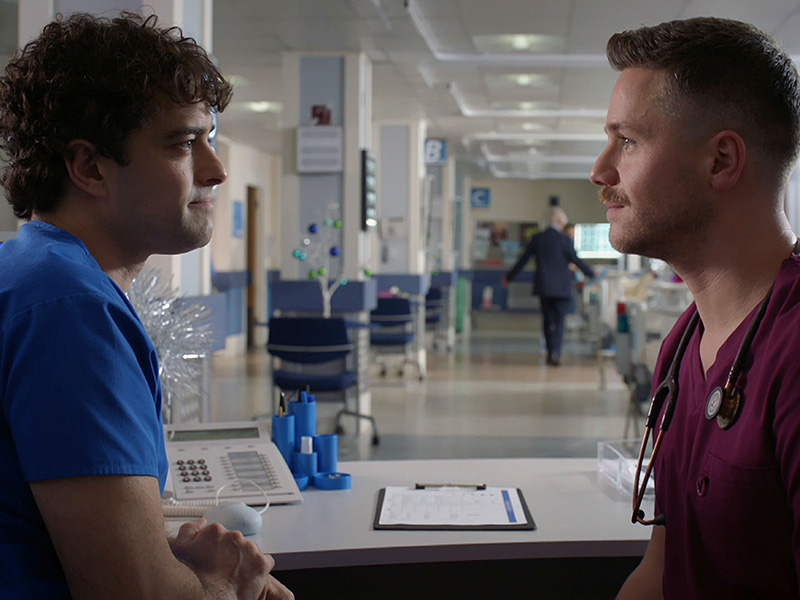 ‘The Prisoner’ : Arriving in prison to begin his sentence after punching Jeremy, Ric struggles with the noise and aggression inside. Popular prisoner Dillon... 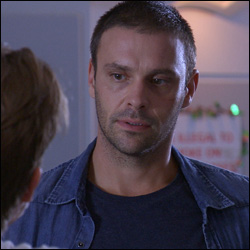 S15 E12 (2 Jan 13) : Blood Ties by Christian O’Reilly Episode Summary As he finds a breakthrough in his research, a patient’s tattoo...