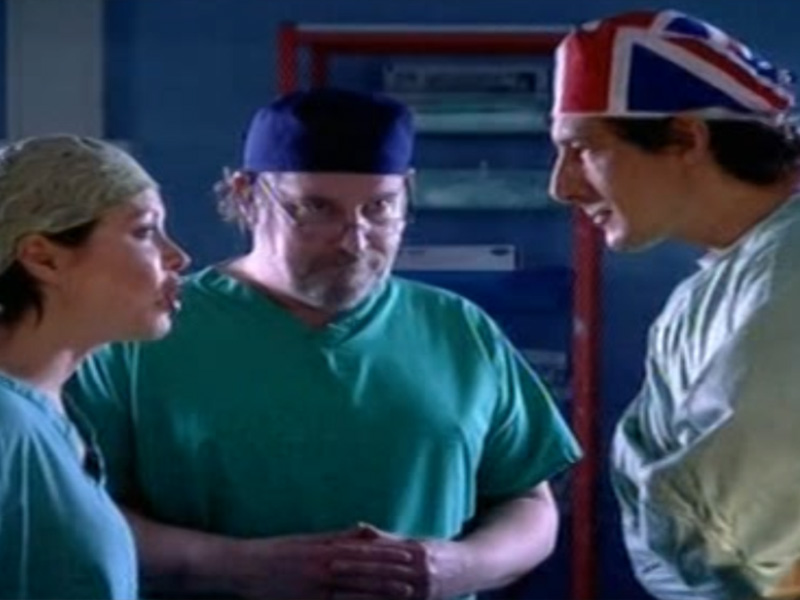 Joseph and Jac are back from Dubai. Faye arrives at the hospital looking for them – she wants them to help her get a job at Holby. Joseph persuades Mark to give her a nursing position. He agrees but tries to question why Faye would prefer to omit her time working at her previous hospital in Dubai from her records.

Meanwhile, Elliot confronts Joseph for telling a patient, Claire, with an inoperable medical condition that they will be able to help her. As Joseph is about to break the bad news to his patient, Elliot comes up with a new approach for her condition. It’s a risky procedure but Claire feels it’s her only chance at survival. The operation is a success.

Patient Karen, who has stomach cancer, comes in for an operation. It’s the third time nervous Karen has cancelled her operation so Dan tries to use his charm to persuade her. In her confused state, she makes a complaint about Dan’s manner however when she suffers a bleed and falls unconscious, Dan makes the decision to operate anyway. Her tumour is removed.

Sam tries to win Chrissie back who is upset at feeling second best to him. The rekindled pair go back to his flat, but when Chrissie finds Jade in his bed, she is distraught and leaves. At the hospital, she tells Mark what’s happened and says she’ll accept Tricia’s life inheritance to go travelling.

Meanwhile Donna finds a fiver on the floor. Her, Maddy and Dean make a deal to buy some scratchcards in a syndicate together to increase their chances, but when Donna discovers her ticket has won the £20,000 jackpot, it looks as if she’s got no intention of sharing her winnings.

* ‘Keep it for a rainy day,’ Mark tells Chrissie, persuading her to take Tricia’s inheritance. ‘It’s raining already’ she says.

* Sam reveals it’s his birthday next weekend and he planned to take Chrissie to Venice.