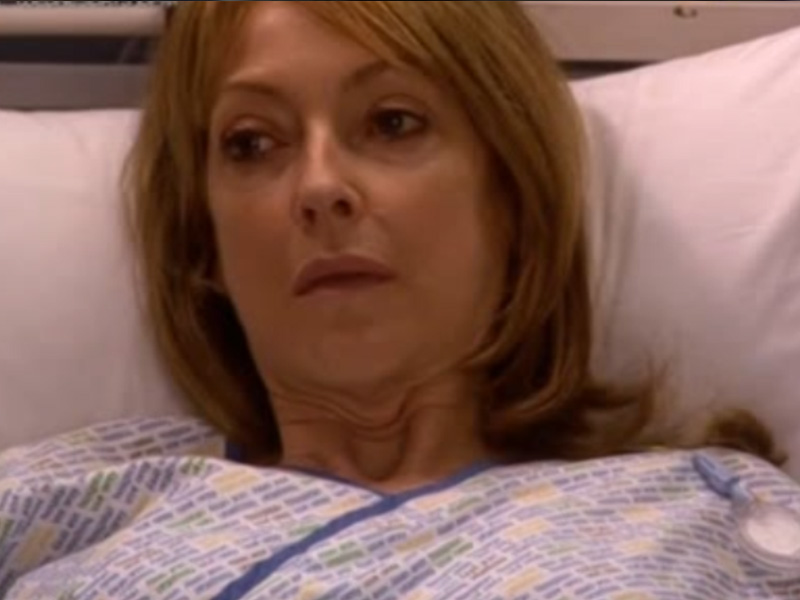 Diane tells Mark that Tricia is not on the theatre list for her operation. Mark is disappointed and insists on telling Tricia himself. She guesses that they aren’t going to fit her in and puts on a brave face, but Mark does not intend to give up that easily.

A woman, Valerie, is in for a thyroid operation. Mark tries to get them to cancel her operation so that Tricia can have hers. However when Valerie and Tricia both find out, they are both angry. When Valerie goes into arrest, she has an emergency operation whilst the team agree to work extra time to give Tricia her operation too, which is a success.

Meanwhile, Lola reveals that she is looking for a nanny to take care of Leanne. Heading off to interview some prospective candidates, she leaves Matt alone on the ward, which infuriates Ric when he is called to look at a patient, Claudia, with abdomen pains.

Elliot’s son, James, comes into the department to talk to his father. His letter from Gina holds many unanswered questions for him. Elliot suggests they see a psychiatrist where James pours out his anger over his mother’s decision to end her life.

Elsewhere, tensions mount as Ric and Abra continue to argue about Abra’s illegal operation. Ric agrees to give the maverick doctor one last chance.

* When Tricia puts on a brave face, Mark tells her ‘There is no rule that says you have to be so flaming brave all the time.’

* Unimpressed with Lola, temp nurse Collette says to her ‘And you Dr Griffin are the weakest link!’