Faye arrives late for work and tells Joseph that James is dead and explains that the police will want to talk to him and Jac.

Joseph tells Faye that the police think that she had something to do with James’s death. Later, Jac asks Faye why she’s being so secretive about James’s death and Faye tells her that she needs help.

Nikki is upset when [ID 1535]Matt[/ID] turns down her idea of living together and storms out the department, not before threatening Dean to stay out of their business. Concerned by his friend’s relationship with Nikki, Dean looks through Nikki’s personal files. Meanwhile later Matt finds Maddy treating Nikki, who was found by paramedics at the bottom of a stairwell. Once Matt has gone, Nikki tells [ID 1852]Dan[/ID] that she wants to complain about Matt. Later, Matt’s forced to operate on Nikki and he tells Dan that he had no idea she was a psych patient but he is not convinced. Dan questions Dean about him looking at Nikki’s records and offers him the chance to save his own career and take a job on the psychiatric ward. But Dan has no alternative but to suspend Matt, who is disappointed Dean won’t be supporting him further.

Ric’s new fiancee, Thandie, starts work on AAU but she fails to make a good impression and clashes with Lola who Sutherland urges her to hire.

A father blames Thandie when his son, Eamon’s condition worsens following abdomen pains however Lola says Thandie’s actions may have inadvertently saved his life. Meanwhile another teenager, Barry, is brought in with a screwdriver wound in his chest. He dies and his father, Pete, is distraught and learns it was Eamon’s fault. 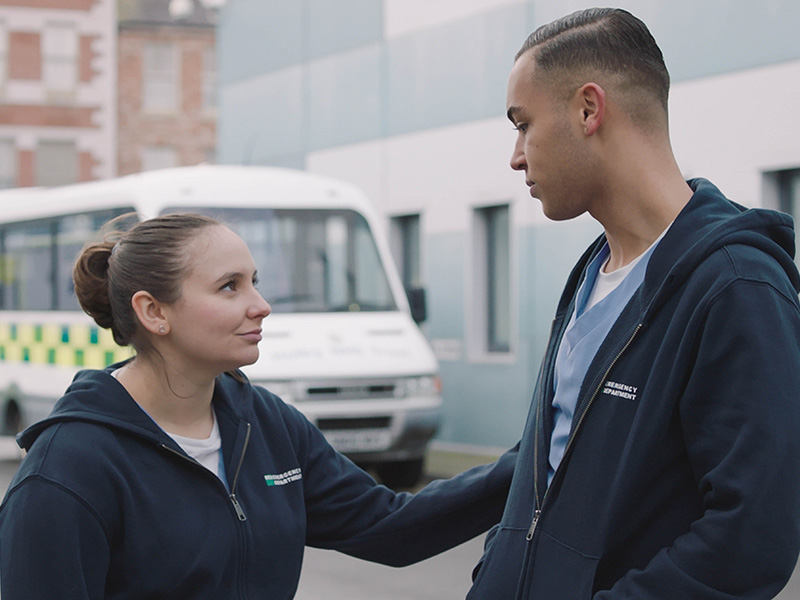 Charlie has finally had enough and makes his feelings known about Jade and Jacob. Meanwhile, Ruby is forced to question her decision to give...