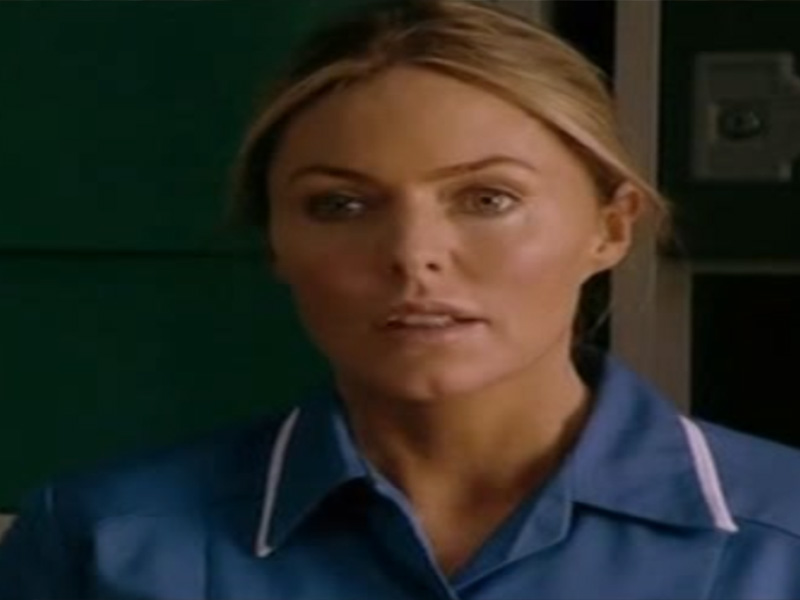 When Faye notices bruising on Kyla’s back as she’s changing in the locker room, she asks if there’s anything she can do to help but Kyla briskly tells her to mind her own business. Kyla finds a bruised Harvey in the staff room and it’s clear how both of them have come by their injuries.

Harvey suggests to Kyla that he’ll attend anger management and Kyla just laughs it off. But when Harvey later tells Kyla that he’s enrolled on a course, she agrees to give them one more try – for Max’s sake. Later, when Faye invites Kyla for drinks, Kyla readily accepts, but as they get ready to leave Kyla says she can’t make it after all. A worried Faye then watches as Kyla and Harvey drive off in his car.

Meanwhile, Joseph struggles to hide his jealousy when Jac and Sam arrive at the hospital together, having spent the last 12 hours in each other’s pockets. Jac learns that by failing to answer Joseph’s calls, she’s missed out on lunch courtesy of Lord Byrne, and realises that she must convince Joseph that nothing happened with Sam to get her long-term plan back on track. But she’ll need Sam’s help.

Elsewhere, Diane is left high and dry when she looks to Jac for support after Ric holds her responsible for a chaotic day in AAU. A number of patients from a school reunion are brought in following an RTA;

Heather Johnson suffers a punctured lung. She married their old school teacher but another patient Mel reveals she slept with him at school and he’d got her pregnant.

Joseph is forced to remove a breast implant of another patient, Sandie, and is relieved to find she doesn’t mind as she plans to go bigger. Whilst reunion co-ordinator Sue, is hiding the fact she has a terminal tumour.

* Sandie attempts to chat up Joseph, who obviously feels uncomfortable. ‘Unless you’re [gay]…’ Joseph says ‘Certainly not.. not that it matters!’

* Sam wants to wind Joseph up, telling Jac ‘I’ll say we topped and tailed all night!’