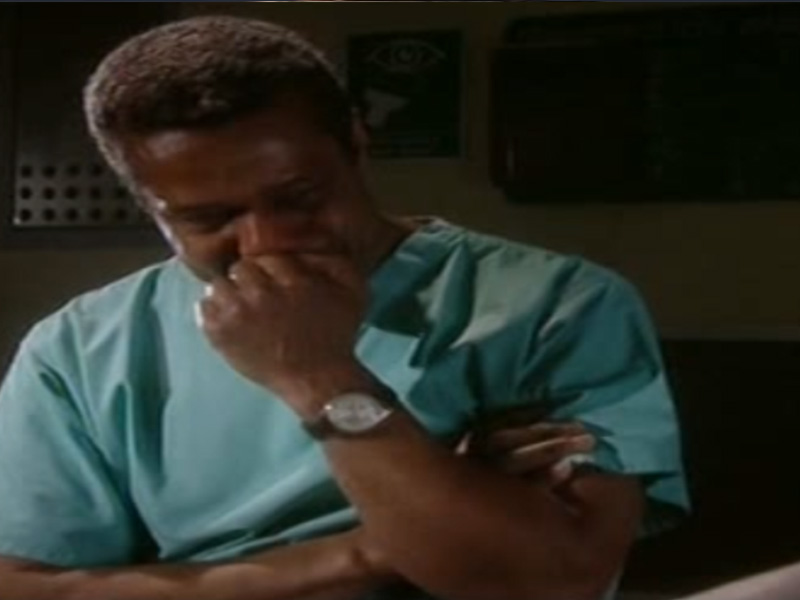 ‘Something’s Gotta Give’ : Elliot interrupts Ric during theatre to tell him the news that Diane has died in a collision between her car and a train. Ric informs the rest of the staff.

Everyone realises that the train driver, Nick, who hit Diane is a patient on the ward. Ric struggles to treat Nick whilst Jac takes him to theatre with internal bleeding. Determined to prove herself she is frustrated when she is forced to call Ric for assistance. Ric, who has been drinking after the news about Diane, goes into theatre and manages to save him but Nick’s wife is far from happy.

Lola returns to work following her heart attack and Abra is now in charge. Regular Lily comes in hoping for a bed for the night but Abra is unsympathetic. Lola befriends her and treats an abcess to her leg. Lily enjoys entertaining staff but she is later found dead on the ward after passing away in her sleep.

MS sufferer Linda comes into the ward with chest pains. Her teenage son, Ryan, is very protective of her. Surgery is a success however she later deteriorates and due to staff shortages her obs were not maintained. Ryan is devastated by his mother’s death.

Later, Thandie accuses Ric of still being in love with Diane. She takes off his engagement ring and Ric walks out. Ric goes to see Diane at the mortuary and breaks down.

Chrissie is angry about the workload and the shortage of staff. She talks to Mark about it, and he suggests she should opt a ‘work to rule’ approach to annoy Sutherland.

Written by by Matthew Evans

* Abra tells Ric ‘When we were in Ghana, I often thought you’d end up together’.

* There is a ‘Circle of Life’ monument outside the department.

* Deep Forest ‘Sweet Lullaby’ plays at the end of the episode.