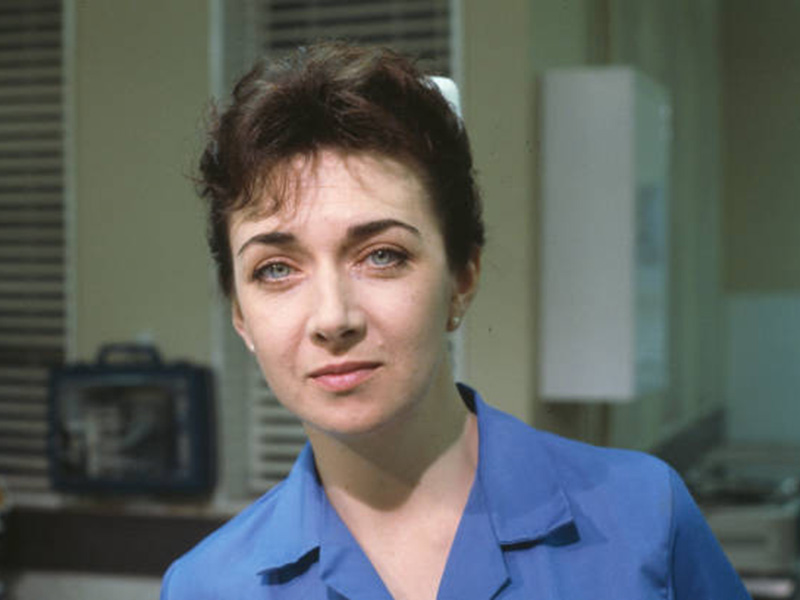 Duffy : Sandra can you take Mrs Thornton to round to the Obs ward please?

Sandra : Right Sister (Jimmy looks at her flirtingly, she throws a paper towel at him)

Scottish Nurse, Sandra Nicholl, returned to nursing, at Holby A&E, after her daughter, Laura, reached school age. She couldn’t wait to get back into nursing, not just for the money, but for companionship too. Sandra was efficient, brisk and a tough nurse, who could always stand her ground against patients, and her sexy looks created alot of male attention especially from Jimmy and Julian.

One of her first patients is a woman with a bleeding forehead, who is HIV – she learns the importance of wearing surgical gloves when treating patients. In S6 E15, Sandra, with the rest of the team also have to deal with a major plane crash.

Sandra, like others however is prone to mistakes. In S7 E2, she casts off a patient as a ‘hopper’, only for them to be brought back in with an obstructed bowel, and she also clashes with new SHO Rob – in S7 E7, Rob leaves a protesting Sandra to set up an intravenous drip on a patient, who is later found to be allergic to penicillin and nearly dies – Sandra faces negligence charges, but is let of with a written warning. Clashes between the two occur again in S7 E10, when a girl is brought in with breathing difficulties. Sandra believes it be drug abuse, however Rob disagrees thinking it’s just alcohol poisoning. Sandra is proves right, when Julian calls in and examines her. But things weren’t always bad for Sandra, in S7 E5 she helps Julian deliver a baby in the toilets, and at the karaoke event in S7 E6, they sing ‘A Hard Days Night’ together. Julian and Sandra become even closer, even though she’s a married women, with her husband away working on the oil rigs – an affair between them begins in S7 E8. In S7 E10, Sandra even visits him at home after her shift, and prescribes ‘bed rest’. News of their affair spreads quickly through the department, but while they are happy, Julian is not happy with his job and after arguments with [ID 362]Simon[/ID], he resigns infront of press. Sandra is upset to hear it second hand from Charlie, and that he is leaving immediately. Julian believes they still have a future together, but they slowly drift apart. In S7 E23, the department is evacuated after a radioactive spillage. Sandra is worried for her health and safety, and tells Charlie she is going home, and is angry no-one will tell them the risks involved. In S7 E24, Sandra seems to be back on track with her husband, David – she reveals to Duffy, she is going away on a second honeymoon with him. The last shift we see her on is that of the hospital fire, she has to tell a couple that their father, who was beaten by youths, has died, and his body is still in the building. 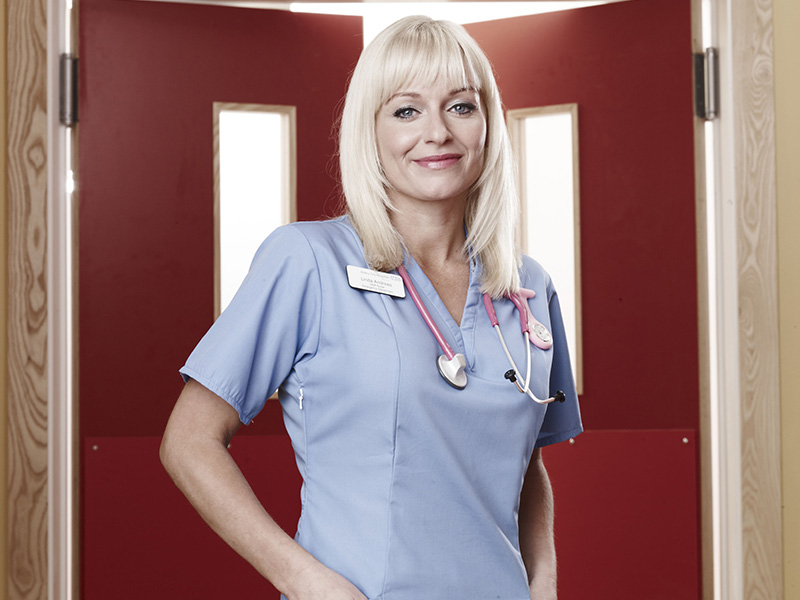