Avid fans of HOLBY CITY will remember the show’s first Ward Sister, tough Karen Newburn. Since leaving the show, actress Sarah Preston, has appeared in a number of television roles including Where the Heart Is, Murder in Mind, Steel River Blues, Doctors and a notable appearance in Eastenders last year as Amanda. One of HOLBY CITY’s original cast members, Sarah looks back at her time on the show with holby.tv…

Yes. The first series was great, it tried to be a bit different and everybody was excited about it and pulled together to make it work. It was a great atmosphere and a special time for me.

Did you enjoy playing the character of Karen? What were your most memorable storylines / moments to film?

Karen was a superb character to play. She said what she felt and didn’t pull any punches. She was firm, but never unfair in my eyes. I loved my scenes with Michael he was great to work with. Confrontation scenes give you something to get your teeth into and we had plenty of those!

Michael French recently made a guest return for the Christmas special, would you ever consider returning to the show if you were asked?

I guess if the circumstances are right, one can never say never so… if it was an interesting storyline that pushed the character further – perhaps.

I have seen the odd episode since leaving, but I feel it’s a different show now. I don’t think there’s any of the original cast left.

Can you remember your first scene / words filming on HOLBY CITY? Were you nervous when you first joined the show?

I have no idea what my first words were, but I’m sure it involved me shouting at Nick! I find learning lines a challenge and once I’ve done the scene they seem to fade quite quickly. I was so nervous and excited on my first day. I think it took me a good few days of filming before I got into the swing of it.

I know a few more medical terms than I did before filming. But I hardly acted or was privy to any complicated medical stuff actually. I did a lot of paper-shuffling and bed pushing instead.

Do you still get recognised by fans from your time as Karen in HOLBY CITY?

I do. Not as much as I did, as I look slightly different now with longer hair. But I do still get stopped. I’m lucky, people always have kind things to say.

You recently appeared in Eastenders – did you enjoy this role? What was it like returning to Elstree Studios?

It was very weird returning to film there. But it was great filming on such an iconic programme. Being in ‘the square’ was bizarre and quite nerve-racking, so much so I forgot my first line! But they asked me back so I can’t have been that bad.

What would be your dream acting role? Which actors / actresses do you admire?

There isn’t one definitive role I dream of playing. My dream is more about playing as many different characters that interest me, with people I admire, on projects I believe in. At the moment I would love a film career akin to that of Kate Blanchet. She’s fab and makes some great choices.

Chilling out mostly, with my partner Mark and our Boxer dog Oscar. If I’m feeling slightly more energetic I like to work out in the gym, take Oscar for long walks, paint, play the piano and at the moment I am busy finishing my first children’s book. 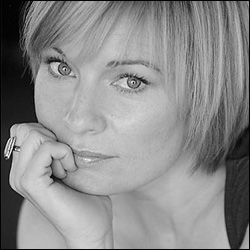 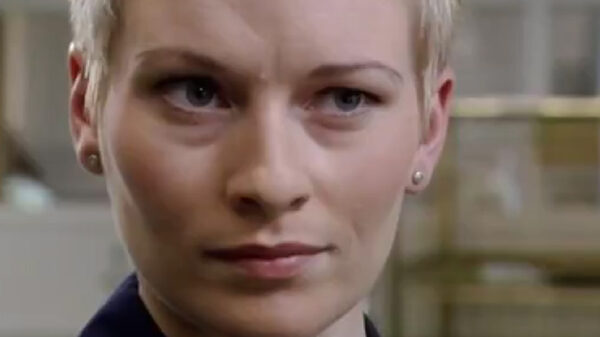