With her confident, assertive approach and her frequent quotes from her lamented old grandma, ex-wife of Ric, Lola Griffin has become a popular figure on the wards since joining the show in June last year. Actress Sharon D Clarke, who also has an extensive musical career behind her even got to show of her singing abilities in an episode where she sang ‘Hallelujah’ in the end credits. holby.tv caught up with Sharon to talk about her role…

How did you get the part of Lola? Where were you when you found out you’d won the role?

I was performing the role of Mama Morton in Chicago. I didn’t celebrate till the contract came through; then friends and I wined and dined in style!

How did Ric react to his ex-wife ending up working in Holby? What’s their relationship like?

I think Ric’s shocked and a bit put out that Lola is there. She won’t take any rubbish from him because she knows him so well. They know how to push eachother’s buttons and can’t really hide anything from eachother. Quite a fiery relationship!

How would you describe your character Lola? Do you have any personality traits similar to her?

Lola’s forthright, outspoken, can be a bull in a china shop but her heart is firmly in the right place. She aims to achieve and maintain high standards and expects no less from anyone else. We both have a great love of life and a great sense of humour.

Were you nervous about joining the show and established actors on HOLBY CITY? What was your first day on Set like?

More excited than nervous, Holby has some fine actors who I have admired their careers and the chance to work with them and learn from them is a fantastic experience. First day was hectic as Lola’s first day was jam packed, so there was no time to relax and reflect, just had to get on with it. The first time I used the Defib and shouted ‘clear’ had me giggling like a five year old!

We have fantastic Consultants on Holby, most of my ‘research’ comes from them. They make sure our procedures are on the button. Lola is so well written that she comes naturally to me so I don’t have to research her.

No I don’t have the right head to remember all the drug names, doses and applications, I’ve got a terrible memory for facts in that manner. My first aid is no problem though, I know my ABC and Recovery position.

I’ve been to hospital twice; tonsils out when I was young and in 1995 to remove nodules.

Do you find learning medical terms difficult on HOLBY CITY?

You also have an extensive theatre and musical career as well as TV – what do you prefer doing?

They are all the same medium for me with different challenges. I love the intricacies of exploring and developing a character in different situations that you can get in a series. I love finding new aspects of a role when I’ve been playing a character for a long time on stage but singing is my absolute joy.

What are your own tastes in music? What was the last CD you bought?

I never saw Holby as I was mainly working in theatre so was on stage when Holby was on!

In this article:Sharon D Clarke 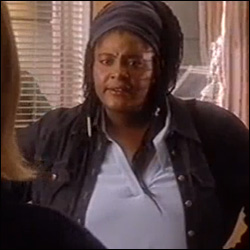 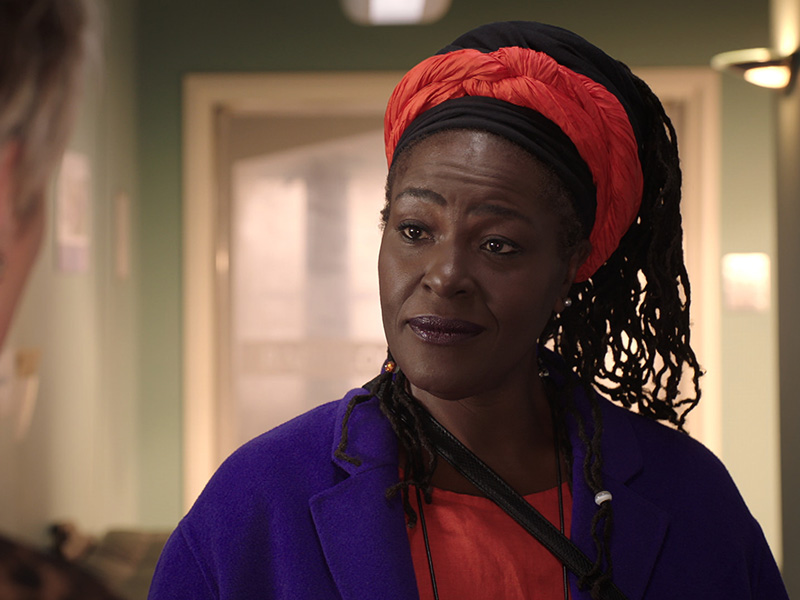