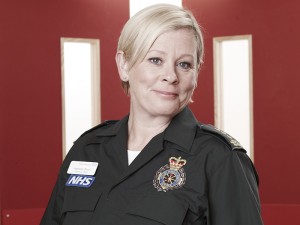 holby.tv are backing a Kickstarter Project to develop a short film entitled ‘Snap’.

The project set up by Fitzherberts Inc is run by CASUALTY actress Jane Hazlegrove (Dixie) and actress Isobel Middleton, who aim to shoot the film next year.

Snap tells the story of one night in 1982, when an invitation to a hat party leads to our young protagonist unexpectedly coming face to face with a Rite of Passage. In an era when to be young and middle class was to be carefree and comfortable, and the confidence for self-expression could  manifest itself in the realms of the New Romantics and the Sloane Ranger, this nostalgic nod to their own adolescence takes an affectionate look back to a time that appears to be enjoying a resurgence amongst today’s youth.

They are hoping to raise £8,000, with your help, to fund the project by 18th December. You can make your pledges now by heading to Kickstarter where depending on your donation amount you can also receive a digital copy of the soundtrack, a copy of the finished film or even attend the screening. For more information you can also visit Fitzherberts Inc.