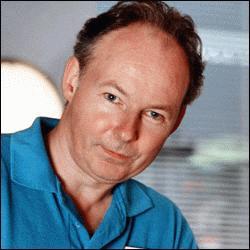 Explaining to Amy why he’s drunk and soaked through, whilst holding up queue at reception in S14.

Spencer joined Holby A&E as an HCA in S15 E1, having been seen in S14 drunk, and holding up the queue at reception. He quickly becomes a reliable member of the department, making an effort to get along with everybody. It is revealed that he was in the Navy until a member of his crew was lost in a storm and he turned to alcohol, which lost him his wife and contact with his children. Barney particularly dislikes Spencer, as he reminds him of his alcoholic father.

First seen in S14 E16, when he holds up the queue at reception and has to be escorted out of department by Barney and Sean. He’s also in S14 E18 causing a scene with other drunks, wishing a happy New Year to everyone.

In S15 E1, he is asked to give a statement about the burglar he saw leaving Chloe’s flat. He has been thrown out the bed and breakfast he was staying in, and Duffyand Patricklet him sleep in the on call room for the night. In S15 E2 Spencer informs Colette and Barney that Patrick has bought pizza for the department, following Colette and Barney’s complaints about Patrick’s attitude. In S15 E4 Spencer witnesses an argument in a cubicle, and despite being slightly uneasy, comforts a woman, Vivienne. In S15 E12 shows Spencer making a mistake when he lets slip a man is in the relative’s room to an angry man who goes and threatens him. Barney is furious, but Chloe tells Spencer it is because he reminds him of Barney’s own alcoholic father. In S15 E14, Barney tries to punch Spencer having found out that Chloe has told Spencer about his father, whilst Barney is meant to be treating him for cuts Spencer got falling whilst hanging Christmas decorations. Spencer refuses to tell Duffy what happens after Barney loses his temper. Later Spencer apologises to Chloe for revealing to Barney that he knew about his father. In S15 E18, Spencer tries to call a truce with Barney, and later in the episode saves his life when Barney is trapped in a hole rapidly filling with water. In S15 E20, Spencer confides in Patrick that one of his old Navy friends has died, but refuses any time off. In S15 E21, Spencer is at the funeral of his Navy friend. One man Tommy hears that Spencer is working at a hospital and asks Spencer to see his fiancée who has chest pains. Tommy refuses to call a doctor, and Spencer reluctantly hands over the keys to where he’s staying to hide Tommy and his fiancée from her father who is looking for them. An argument begins when the father, Reg, tracks down Tommy. Spencer gets his fingers dislocated, and him and Patrick are held at gunpoint. Eventually Spencer takes the gun off Reg having been trapped on a boat with Patrick and him. In S15 E24 Spencer sees that Holly is upset about Patrick’s flirting with a medical student. He speaks to Patrick, reminding him of how he felt on the boat, but Patrick says he’s taking things too seriously and says they’re not at an AA meeting now. In S15 E36, Spencer helps to search for Holly after she goes missing.

In S16 E8, Spencer bonds with a patient when they discover they have similar backgrounds. Later in the episode Spencer spills liquid on Charlie’s suit, which he is wearing for a charity speech. In S16 E10 Spencer sees a possible family break up and reminding him of his own broken family, brings the couple back together. In S16 E11 Spencer is attacked by an irate man wishing to use his mobile phone in the department. In S16 E12, Spencer collapses in reception, and vomits blood. His ex-wife Shirley turns up and Spencer tells her he is slowly turning his life around. Shirley storms out when Dillon says Spencer’s condition could be alcohol related. It turns out it was just a tear in Spencer’s oesophagus. In S16 E14 Dillon apologises to Spencer for ruining his chance with his ex-wife, but Shirley returns later. In S16 E24, Spencer is shocked to find his daughter Gilly’s arrival as the new temporary receptionist despite being un-qualified. In S16 E27, Spencer refuses to believe Anna who claims Gilly is dealing drugs in the department. In S16 E29 Spencer gives Lara some help getting into the crematorium so she can say goodbye to Patrick. In S16 E30, Spencer is forced to wake up to the facts when Anna has the police called – and an angry Gilly is taken away.