Fans of CASUALTY will remember actress Sue Devaney for her role as paramedic Liz Harker between Series 9 and 12. During her time on the show, her character storylines including supporting Josh through his family’s death in a house fire, being held at knifepoint by a clinically depressed man and being dumped by her boyfriend John. Sue talks to holby.tv about her time on the show…

It’s been 8 years since you were in CASUALTY, do you have fond memories of your time working on the show?

I loved working on CASUALTY! Me and Ian Bleasdale had such a laugh. Also, it’s all filmed in Bristol and it was such a great place to live. I had a flat in Clifton. I also met one of my best friends whilst filming CASUALTY – his name is Dave Bratley and he was an extra (or walk-on artiste as they call them!)

What were your most memorable storylines/ moments to film?

Because it’s all based around A&E, there’s always a trauma going on! But I loved the episodes with a bit of comedy in! For one of the Christmas episodes, we had a Bond party. I went as Rosa Clebb with two plastic knives sticking out of my shoes!

Can you remember your first scene/ words filming on CASUALTY? Were you nervous when you first joined the show?

My first scene was washing down an ambulance with a hose! It was with Ian who plays Josh. I can’t remember what I said but I can remember feeling nervous because I felt like the ‘new girl’ at school.

I keep in touch with Ian. Life moves on and sometimes you don’t have time to see your close friends. But I often think of Lisa Coleman, Jason Merrells and Gray O’Brien. All were in it when I was in it.

No, I very rarely watch telly! Is it still on a Saturday night?

Did being in CASUALTY increase your medical knowledge in any way? Would you be a good person to have around in an emergency?

Yes. I went travelling with a friend to Peru and we went climbing. We got into a lot of bother on a mountain and my friend started to panic when she lost her grip and the earth was moving from under her feet. She says to this day ‘I saved her life!’ I calmed her down and told her to dig holes where her feet were and reach for my arm, where we both clinged for dear life!

Do you still get recognised by fans from your time as Liz in CASUALTY?

Sometimes, a lot more for ‘Dinnerladies’ now though!

What have you been doing since leaving the show?

Lots of telly, theatre and travelling. Thinking about getting married and having babies but not quite there yet!

You love doing panto, did you enjoy doing Babes in  the Wood this year?

I loved doing panto! I played a character calling ‘Dizzy  Dora’. It was written for me. A couple of my close friends,  Paul Oldham and Colin Meredith write and direct it, so we  just have a great laugh

Who or what inspired you to become an actress? Which actors/ actresses do you admire?

Doris Day and Patricia Hayes. When I walked on stage when I was 10 and did my first acting role and heard the people’s reaction from the audience – that inspired me!

Taken from 'The CASUALTY Fan Club' newsletter in July 2000; an Interview with Sue Devaney who played Liz Harker. 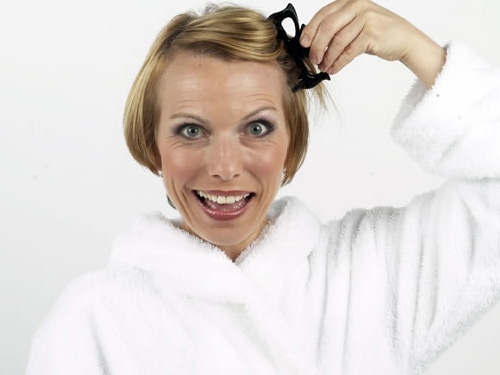 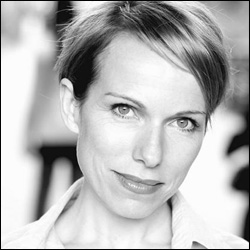