Actress Susan Cookson joined the cast of CASUALTY at the beginning of this year as Registrar Maggie Coldwell and has already built up a strong fanbase. We talked to Susan about her role…

You’ve been in CASUALTY for nearly a year now, do you enjoy being in the show and playing your character Maggie?

Very much, there always seems to be something challenging for her, which is great!

This series has already seen problems for Maggie with the arrival of Bruno and her husband coming out of prison – will we see more from this storyline? Could Bruno cause more trouble for her?

We also saw Maggie cope with her father’s Alzheimers. Did you have to do much research into the storyline?

Once I knew the storyline was coming up, I asked lots of questions, using our medical advisors most of the time, who were great. But I have a family member who has had to deal with a relative with Alzheimers, it really is a very sad illness, ‘the long goodbye’!

How do you build yourself up for emotional scenes? Do you find it hard switching off after filming?

Emotional scenes are always very challenging, but so long as you have a good script, and a director that’s on your side, the rest is to just trust the situation and it all usually follows, but yes it can be hard to just let go, when the scene is finished.

Are there any noticeable similarities/ differences between Maggie and yourself? Could you be friends with someone like Maggie in real-life?

Yes I think I could be friends with someone like Maggie, she stands up for what she believes in, and is a good person. I don’t think I’m quite as strong as Maggie, although I have been tested with one thing or another over the years. I tend to have a moan about things that annoy me, then say nothing. Whereas Maggie will say exactly what she thinks to whoever needs to hear it!

You used to play extra Julie Day in the show a few  years ago – how does being a regular cast member  now compare to your previous experience?

Well it means I have to spend a lot longer in Bristol, in a  week by week basis, which means I’m away from my two  children quite a lot. I see them mostly at weekends,  either in Bristol, or in Sheffield which is where I live.

Who are your closest friends on Set of CASUALTY? Do  you socialise outside of work hours with cast?

I think it would have to be Suzanne Packer, as we have  quite a lot in common, and we do get very giggly on Set. But as a company I think we are all very close and socialise quite a bit, though that can be tricky, as it varies on who has really early starts.

No, I can’t stand seeing people in pain, especially children – I’d get too involved.

I haven’t been a casualty but I did have to do first aid on my three year old last week, when he ran into the edge of a radiator and split his eyebrow open. I taped it together – I was quite pleased with myself!

I used to work in wardrobe in theatre years ago, and would love watching rehearsals. Eventually I felt that I could probably do the acting side, though when I did get my first break, it was such a shock, at just how hard it was, but I stuck with it, and 18 years on, I’m still doing it.

Spending time with my children and husband, and I try to get a bit of gardening done, of a weekend, weather permitting.

Do you support any charities?

I try to give and to help raise money for as many as possible, but I haven’t commited to any one at the moment as I have so little time with our demanding schedule. 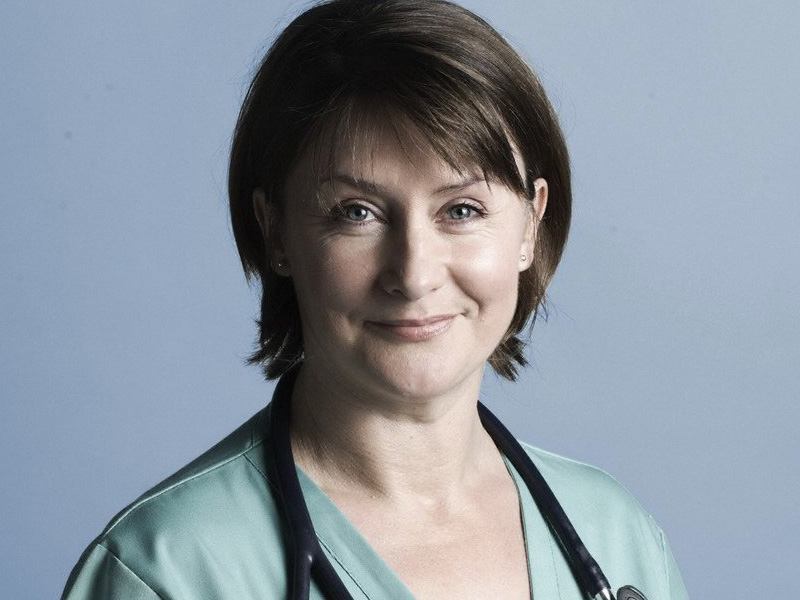 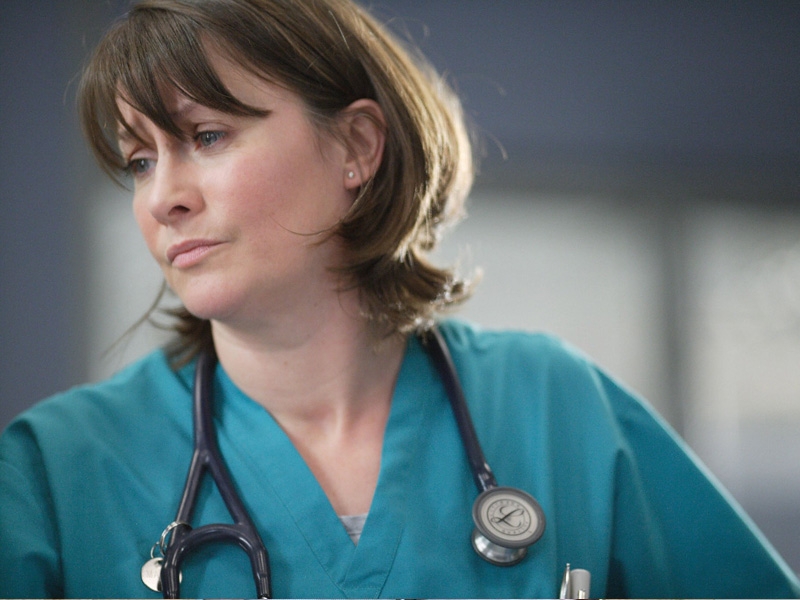 Since joining the show in January 2005, actress Susan Cookson has built up a strong fanbase from her time playing Registrar Maggie Coldwell. Having... 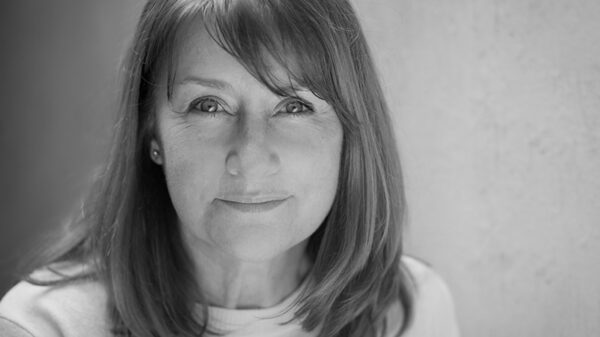