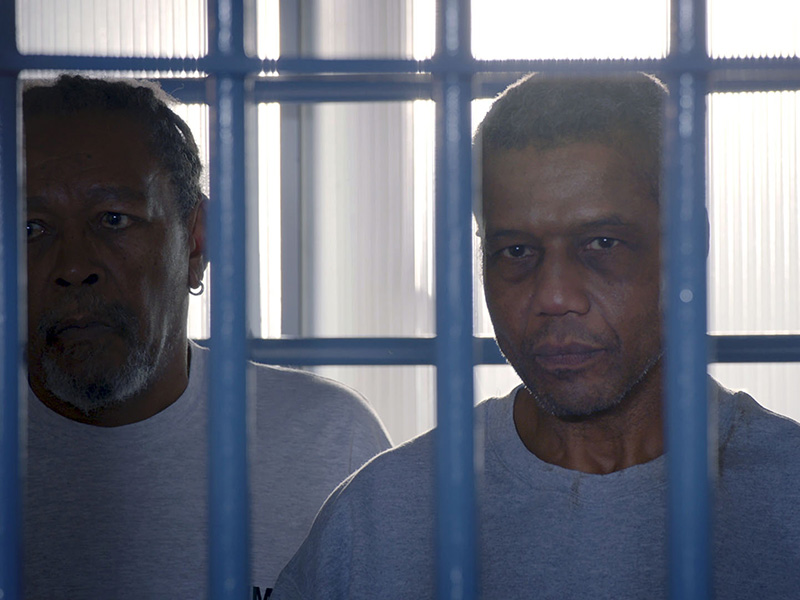 ‘Square One’ : Gaskell fights to protect his trial and save his patient, and Serena is determined to find a solution as she begins to fear that Ric is losing hope.

Meanwhile, Jac returns with a spring in her step, but will the secret to her new happiness be discovered? 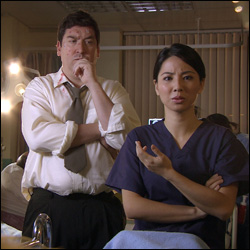 New F1 Tara ruffles feathers with her over keen attitude. As she take on too much she nearly kills a patient and starts to doubt whether she should be a doctor after-all. Oliver eventually takes pity on her and gives her some encouragement to stay in the job.

Eddie discovers there is more to Luc than meets the eye when his friend turns up on the ward claiming to be in pain. Luc is reluctant to treat him knowing that Eddie is probing Roy to get more info on his private life. When Roy’s life hangs in the balance, Eddie sees a more vulnerable side to Luc.

Chantelle upsets Lleucu when she books a holiday to Ibiza with the girls instead of laying down a deposit on her flat that she’s sharing with her colleague. Lleucu gives Chantelle an impossible deadline, which causes a huge rift between the two women. 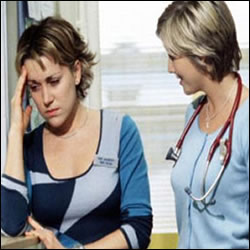 Danny faces a career crisis when he reveals more than he intends to a 15-year-old patient, and Keri finds herself embroiled in a mother/daughter conflict. Meanwhile, young love on the ward encourages Victoria to reconsider a romantic proposition.

Joseph asks Jac to go on a walking holiday with him – she’s not impressed. Jac scores brownie points with Lord Byrne when she offers to treat a former patient, Bruno, that he has shown a keen interest in. But when she discovers that Joseph has requested that another doctor take over, Jac tells Lola that she will continue to treat the patient and orders Joseph to stop interfering in her professional life. Realising she doesn’t need Joseph anymore, she tells him it’s over however when Lord Byrne tells her how pleased he is of their relationship, she decides to carry on her relationship with Joseph. Meanwhile, Jac shares an emotional moment with Bruno as he dies from cancer.

Tom Gibson is back in the department claiming to have fallen down some stairs and Harvey is determined to build a case. Harvey has been staying at a hotel and he begs Kyla to take him back but she refuses. When Kyla tells Harvey that Tom’s situation is a case of the abused turning on the abuser, Harvey’s grateful and thanks Kyla for her help. Later, Kyla sees things getting heated between Harvey and Tom, and intervenes, telling Harvey to back off. But when Tom suggests that Harvey is a paedophile, he sees red and pushes him off the bed causing his condition to deteriorate. Lola is furious and plans to report Harvey however Kyla decides to stand by Harvey and claim she saw nothing.

Also, [ID 1598]Sam[/ID] starts to tell Faye about the ‘Jade’ situation and she suggests they go for a drink after work. At the bar, Sam attempts to take things further with Faye but she rebuffs him. Later Maddy enters and the pair get hideously drunk together and end up kissing.

A woman, Danni, is brought in after being hit by a car. A man, Jem, is with her and claims to be her sister’s boyfriend. Danni, who had been clubbing, suffers a damaged lung but has no memory of the incident and is suffering flashbacks. Faye plays music to help jog her memory which reveals Jem to having tried to attack her.

* Playing drinking games, Maddy says ‘I’m the winner so I get to choose the next game.. at your flat!’