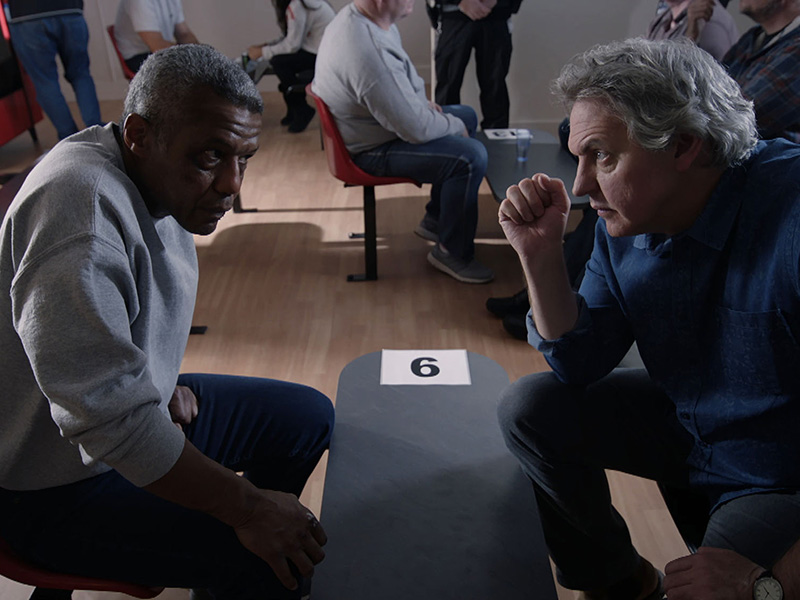 ‘Ready or Not’ : Sacha finds his allegiances tested as he struggles to judge whether his patient can be trusted or not, and Jac is keen to prove she is back on form, but can she step up when she faces competition from a visiting surgeon?

Abra has been getting away with his drugs scam for too long, but this time [ID 1852]Dan[/ID] won’t let him go.

Abra is treating an illegal immigrant, Najat, who is faking pains. After hearing her plight, Abra tries to delay discharging her by performing a minor operation. Dan discovers what he is up to and confronts him. Later in the bar, Dan reveals why he was sent to Holby and in admiration of Abra offers him a get out clause – he must leave Holby that night and not say a word to anyone. When Kyla realises he has gone – after he leaves a coded message for her – without saying a proper goodbye, she is angry and calls him a coward.

After learning from her father that Jac has ben stirring things between her and Joseph, Martha tries to warn Joseph about her behaviour. But Jac uses her feminine charms to convince a gullible Joseph that her feelings for him are genuine.

During their shift Connie and [ID 1598]Sam[/ID] continue to battle over his rights over her pregnancy however when she takes a fall, the pair worry over the consequences for their baby.

Teenager David is brought in after being injured on his estate. He’s been hiding from his mum the fact he has been going out with her best friend.

* Connie is annoyed by Sam’s overprotective behaviour, ‘If you continue with this farcical behaviour, you’ll spend the next six months in the on-call room with Mr Byrne!’

* As Jac and Joseph discuss and new post that has come up, Joseph says sarcastically ‘I’m so anally retentive – I’m the perfect man for the job!’

* When Sam tells Connie he wants to be at the birth she retorts ‘I’ve never considered giving birth as a spectator sport’.

* Further annoyed by Sam, Connie also says ‘I said you could be in the loop – not in my face!’

* Chrissie tells Jac ‘You know what they say – be nice to people on the way up as you might meet them on the way down’.

* When Dan offers Abra a chance to leave he tells him ‘You’ll live to fight another day!’