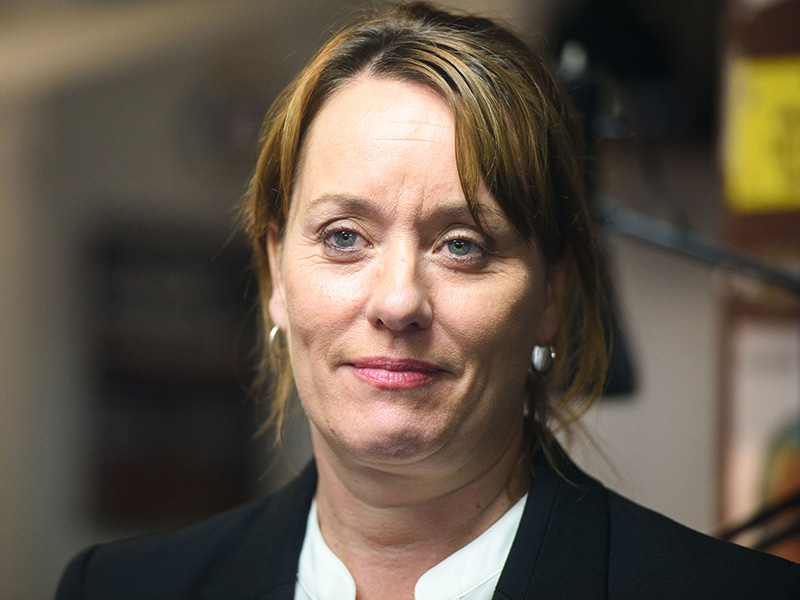 Former CASUALTY actress Adie Allen is to make a guest appearance as another character in a number of episodes of the medical drama from this week.

Adie, originally played Student Nurse Kelly Liddle back in Series 6, who struggled with the profession and ended up taking her own life. She also made a later guest appearance in another role in Series 24 as well as appearing in sister show HOLBY CITY twice.

She is now set to play DS Gill Mangrove, who is involved in a case against Connie. 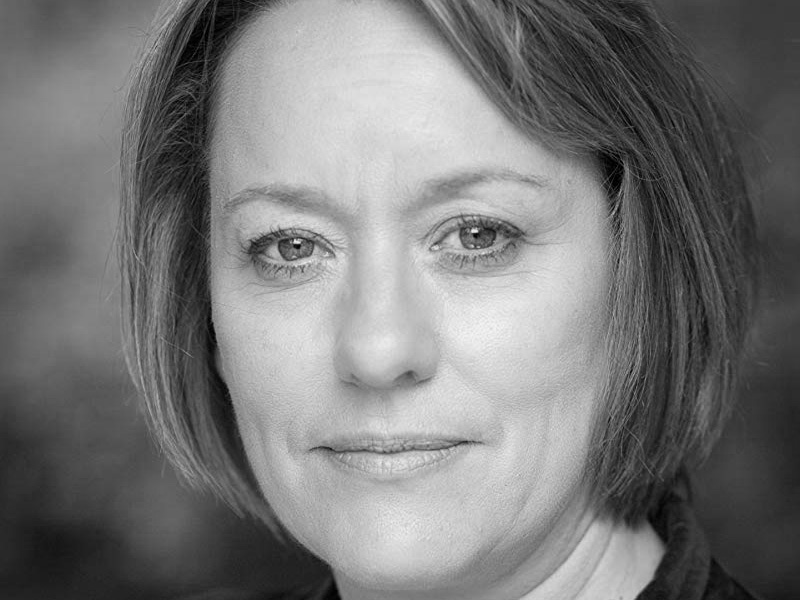 CHILDREN : Four daughters and one son.

POST CASUALTY APPEARANCE : Adie has appeared in CASUALTY after the regular cast role. In S24 E5 she played Ellie Barton. She also appeared in 3 episodes of Series 29 as DS Gill Mangrove.

THEATRE CREDITS : Communicating Doors; Noises Off; Serious Money; Cinderella; Moll Flanders; Child in the Forest; Boys Mean Business; Daisy Pulls It Off; Rafts and Dreams; No one Sees the Video; Three Birds; Alighting Field; Selling Out; One Under; The Lightning Play

* Adie is a dyslexic 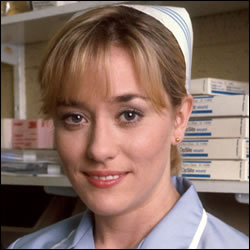 Excuse me, where would I find Mr Fairhead?

Pretty blonde, Kelly Liddle, arrives in A&E in S6 E1, for a six month stint as a Student Nurse. As she enters reception, Jimmy recognises her face, she abruptly tells him it was after a one night stand, after they met at a geriatric party and he didn’t leave his number. Kelly is caring and always wants the best for her patients, it is revealed she took a change of career in which she was in charge and ofcourse a huge pay cut, because she so wanted to become a nurse, but she falls foul of Charlie and Duffy when she deals with things the wrong way or without telling them, because she was used to doing so in her old job.

She makes her first mistake in S6 E1, when she tells the daughter of a dying cancer victim, who Beth helped not to prolong his life, that he has died. Beth then finds herself accused of murder and in S6 E2, she receives her first warning from Duffy, about her attitude and that she should treat all patients equally. In S6 E3 Kelly comforts a confused shoplifter, who collapsed at a shop, who keeps talking of her baby. She persuades Beth to call Social Services, but is shocked to discover when the paramedics call round to her house – they find her baby dead as a result of neglect. In this episode, she and Ash tie Jimmy to a straight jacket for a laugh, and in S6 E4 she allows Jimmy to practice first aid on her, which lands her in trouble again. Kelly seems destined to fail; in S6 E5 Kelly gives a patient a tetanus jab without doctor’s consent, leaving Duffy to reprimand her for her actions. In S6 E6 a car bomb has been planted by Animal Activists, an injured girl is revealed to be the bomber – Duffy and Charlie agree to call the police, which angers Kelly, who was taught confidentiality should be respected, she feels that rules are bended whenever they feel like it. In S6 E8, Kelly treats a young woman, Nikki, who has a cut face after being beaten up by her boyfriend, Steve. Kelly becomes too involved and when Steve arrives, she tries to stop him seeing her. Ash is punched and assaulted in the process, needing stitches. Kelly rushes outside to talk to Nikki, but Steve persuades her to get back with him. Later Kelly is told to look after a patient, Kim, who is believed to have swallowed drugs, but she persuades Kelly to let her go to the toilet. Kim goes into the men’s toilets, where she collapses. Julian is furious with Kelly when they can’t find her, but she is angry that she wasn’t given all the information. Jimmy finds Kim and the CRASH team try to revive her, but fail. Duffy and Charlie take Kelly aside and warn her about her lax attitude, but she snaps back and walks out. In S6 E9, Charlie gives Kelly another talk, but Kelly becomes more fed up throughout the shift, she tells Ash she ‘can’t see the point of going on at all’ (he thinks she means with nursing), and later she thanks him for being her friend. At home Kelly takes a cocktail of pills and vodka. In S6 E10 Kelly is due for her intermediate report – she doesn’t turn up. William Ellis informs Charlie that she has commit suicide. The team are devastated, especially Duffy, who feels guilty for pushing her too hard and Ash, who is shocked to have found out she was on antidepressants. 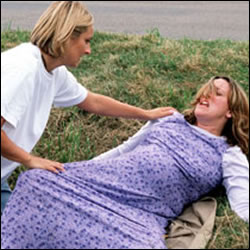 STORYLINE : In a terrifying carjacking, some youths drive into the back of Lisa’s shiny new car, punch Lisa, and push pregnant Jill to the kerb, leaving Lisa and Jill stranded in a field. Lisa calls an ambulance, but has to deliver the baby. She’s worried that the baby has a breathing problem, but all seems to go well until Jill collapses. Lisa phones Mubbs who gives her advice but tells her not to carry out the procedure without proper medical equipment. Lisa’s phone battery runs out, but she carries on anyway.

STORYLINE : Jez, and his sister Rainy, are doing a plant display in the hospital reception when Jez collapses. When Mark later finds a snake in one of the plants, they realise he has been bitten. When he needs an operation, Mark is not happy when Rainy confides in him that he is infact his mother and is in two minds whether to tell him or not.