Still feeling conflicted about his feelings, Dylan tries to avoid Faith as much as possible. Meanwhile, Rash goes against Connie’s wishes when dealing...More

Rash, a new junior doctor, prepares to begin work in Holby’s emergency department, but his first day gets off to a bad start when his...More

‘What Lurks in the Heart’ : Dylan becomes the source of gossip after Seb’s allegation, but Max and Jez are determined to help him and...More

‘You Make me Sick’ : In the wake of Charlie’s suspension, Big Mac still refuses to come clean about stealing the drugs. However, a spark...More

‘The Good Life’ : The day of Dixie’s disciplinary hearing arrives, but things get off to a bad start when she is held up by...More

‘Solomon’s Song’ : Rescue teams are called to the cathedral when a ceiling collapse leaves several of the congregation trapped, Lofty helps a patient who...More

‘The Last Call’ : A couple of old faces return to Holby as the team gathers to say farewell to their friend, on an emotional...More

‘Born Lucky’ : Connie celebrates the department hitting its targets by taking a few select members of her team out for the day. However, the...More

‘Once in a Lifetime’ : A mountain-bike race between a man and his stepson ends in disaster when both riders lose control – and as...More

‘Away in a Manger’ : Just days before Christmas, farmer Tony brings his 16-year-old daughter Mia into the ED with stomach pains. Tess confirms that...More 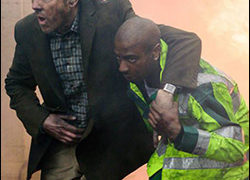 S27 E38 (8 Jun 13) : You Always Hurt the One You Love by Andy Rattenbury Episode Summary Lloyd is determined to uncover the truth...More 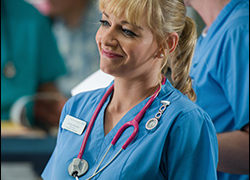 S27 E35 (11 May 13) : Isolated Incident by Kevin Rundle Episode Summary A teenage girl is brought in after ingesting an unknown toxic substance,...More 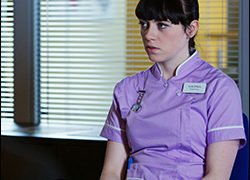 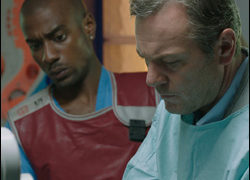 S27 E21 (2 Feb 13) : Life Goes On by Tony McHale Episode Summary Jordan is presented with the CCTV footage and discovers the truth...More