‘I Will Honour Christmas in my Heart’ : A vagrant is attacked by a gang of hooligans near the car park, and the staff get...More

‘We Must Remember This’ : Fleur and Michael are pitted against each other in the race to diagnose a patient who is constantly arresting –...More

‘Mummy Dearest’ : Serena admits her mother to AAU, bringing the women’s relationship under scrutiny when Adrienne makes some damning allegations about her daughter. As...More

‘Affair of the Mind’: Serena’s mother takes a turn for the worse, but instead of receiving sympathy she finds herself confronted about it from all...More

‘My Name is Joe’ : Zosia is determined not to be held back by being put on probation and sets out to show Sacha she...More

‘Fait Accompli’ : Guy is determined to make a fresh start at Holby, but when he is confronted with familiar faces from his past, will...More 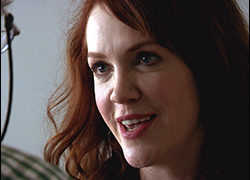 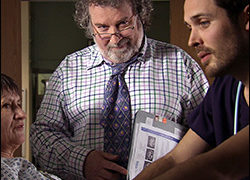 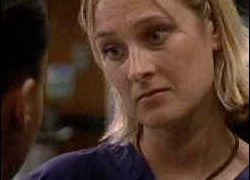 Episode Summary Nick continues to cause trouble by working on a patient, Philip Jennssen with a cardio thoracic (CT) condition. When the patient’s condition deteriorates,...More 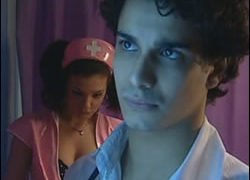 S20 E39 (3 Jun 06) : All At Sea by by Johanne McAndrew & Elliot Hope Episode Summary Maggie’s interview for the Consultant position is today....More

Episode Summary Mickie fears the worst as her medical school application lies in the hands of Ric, who believes her current performance to be substandard....More

Episode Summary Faye arrives late for work and tells Joseph that James is dead and explains that the police will want to talk to him...More