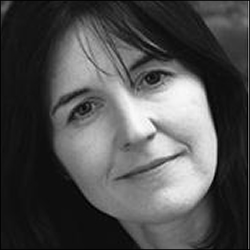 ON HER REAL LIFE HOSPITAL EXPERIENCE : While researching her role at a London hospital, Tam was mistaken for a real doctor – a nurse asked her to take over trying to resuscitate a man who attempted suicide, ‘The blood rushed to my feet. I looked blank but I did all I could.’ Unfortunately the man died. ‘It was the first time I’d seen a dead body, and I was still thinking about it when I drove to the theatre later. I was involved in a collision, both cars were written off. Fortunately no-one was hurt but I’m lucky to be alive. It made me realise the fine line between life and death.’

* Tam has also worked with Alan Ayckbourn in Scarborough.

* Tam is also a keen writer and has written a series of plays.

* Tam works as an Integrative Psychotherapist at The Recovery Centre in London.