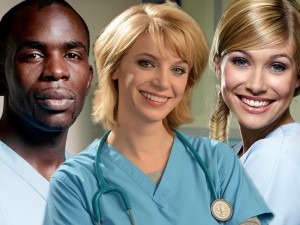 Following on from our previous announcements that Tina Hobley and Guy Henry are leaving HOLBY CITY, three more departures have been confirmed.

Lauren Drummond joined the cast of Holby City in 2010 as the loveable, big hearted but sometimes naive, Chantelle Lane. Over the years Chantelle has floated care free through the wards of the hospital with her perfect smile, and hairstyles to match. However, recently fans have seen the nurse faking the smile that usually comes so naturally, whilst dealing with the aftermath of a violent mugging – an ordeal that’s also left her indecisive about her feelings towards her love-struck colleague – junior doctor Arthur Digby.

Lauren Drummond, who films her last scenes with Holby this month said: “This job has exceeded all my expectations and it has been an absolute joy to be a part of creatively and personally. The cast and crew are one of a kind!”

If there’s one character that needs no introduction it is volatile doctor Antoine Malick played by Jimmy Akingbola. Malick burst onto our screens in 2010 and has had an eventful few years at the hospital in both his private and professional life. Memorable Malick moments include him finding out about a son he never knew he had and the passing of his son’s mother and treating Amanda Leyton, a convicted accomplice to a serial killer and then letting her die – only after she revealed the whereabouts of the body of an undiscovered victim. Where love is concerned Malick has been known for flying dangerously close to the wind. Over the years his liaisons have included a love triangle involving the then boyfriend of Chrissie Williams and a one-night stand with junior doctor Dominic, which ended his relationship with Nathan and almost ruined his career.

Jimmy Akingbola, who is currently still filming with the Holby team, said: “I feel honoured to have been given the opportunity to play such an iconic and ground-breaking character like ‘The Malick’ in Holby City. It has been a dream come true. We created a special, unpredictable individual who has been successfully embraced by the viewers and which has brought a whole new audience to Holby City. Holby is and will always be my family, the cast, crew and production team are all fantastic and I will miss them all.”

Feisty F2 Gemma Wilde, played by Ty Glaser, will also be leaving Holby City this year. Ty joined the cast in 2012 and made her debut in Holby in January this year. Her character Gemma is a single mum to Finn and is fiercely protective of her little boy. During her time on Holby, junior doctor Gemma has been held hostage, had a teasing will they/won’t they relationship with CT2 Harry and crossed boss Ric Griffin as she struggled to balance work with single motherhood.

Ty Glaser said: “I’ve had such a wonderful time working on Holby, the cast and crew have all been exceptional, a joy to work with. I’m beyond excited about future projects ahead of me but will always remember Holby as a fantastic year in my career.”

Oliver Kent said: “Each of these unforgettable characters has brought something unique to Holby City and it has been an absolute pleasure having them on the show. I’d like to thank them for putting in stellar performances week in and week out to bring these characters to life and I wish them all the best for the future.”

Lauren, Jimmy and Ty will be on screen until later this year and over the coming months viewers will see their characters involved in nail-biting and life-changing individual storylines. 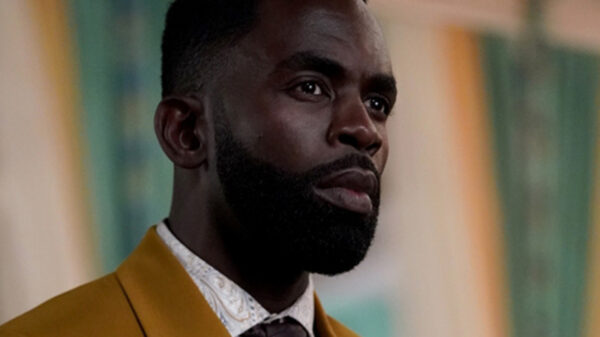 Lauren Drummond left our screens this week as the ever loveable nurse Chantelle Lane, who will be sadly missed on HOLBY CITY. Lauren kindly...