Guy Henry will resurrect the role of highly intellectual and enigmatic, Swedish-born Henrik Hanssen – former CEO and director of surgery at Holby City. Viewers last saw Hanssen choose family over medicine when he returned to Sweden to spend time with his son and grandson.

However, Hanssen’s desire to bring his surgical brilliance back to Holby has got the better of him and Guy Henry explains how much he missed playing his character: “I’m so pleased to be reunited with Mr. Hanssen, he’s such a weird and wonderful character to play – I’ve missed him! And the cast and crew at Holby are such fun to work with – I’ve missed them too. We don’t know what dark acts may have befallen Henrik during his time away in Sweden but I do believe that, when he looms down the corridors of Holby once more, his wit and his scalpel will be as incisive as ever! Can’t wait – see you on the ice!”

Kaye Wragg rejoins the cast as Estelle ‘Essie’ Harrison. Essie returns from her trip to Germany and becomes a full-time nurse on Keller ward, resuming not only her nursing duties but also her turbulent romance with Sacha Levy.

Kaye, who was last seen in Holby in September 2014, is delighted to be joining the show on a more permanent basis. Kaye Wragg said: “Essie is a such a layered character that I can’t wait to see how things unfold once I return. She’s a fantastic nurse with a big heart, but a broken life that leaves her unsure of who she is and where she’s going. I adore working with Bob Barrett and am very excited to work alongside his big hearted Sacha again, ups and downs regardless.

“As for joining the Holby family , I’m very lucky to be a part of a talented team of cast and crew, and am delighted to be given the opportunity to nurture Essie and open the character into a new chapter of her life.” 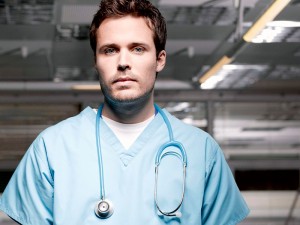 In addition James Anderson rejoins the cast as troubled and sensitive surgeon Oliver Valentine. Before leaving Holby, Oliver’s professionalism was called into question as he struggled to come to terms with the death of his wife, fellow doctor, Tara Lo. Seeing the hospital as a constant reminder of Tara, Oliver left in order to find himself and restore his love for medicine.

On returning to the role of Oliver Valentine, James Anderson said: “I’m so thrilled to be given the opportunity to bring Ollie back to Holby. There are lots of surprises in store, but one thing I can say: he’s older now – wiser, even – and I can’t wait to get stuck into playing this altogether more grown up Valentine to the one I left behind. Step up Oliver 2.0! Holby is a wonderful, nurturing family to return to, and I’m hugely excited.”

Oliver Kent, Executive Producer Holby City and Casualty, said: “This news is sure to excite Holby fans old and new and we’re delighted to welcome back characters that are so loved by our viewers. The arrival of Henrik Hanssen and Oliver Valentine will cause waves from the boardroom to the operating theatres where new friendships will be tested as old alliances are reformed. Also with Essie’s return we’ll find out if Sacha finally gets his happily ever after!”

Guy, James and Kaye will begin filming in the New Year and fans will see them on-screen from early spring 2015. 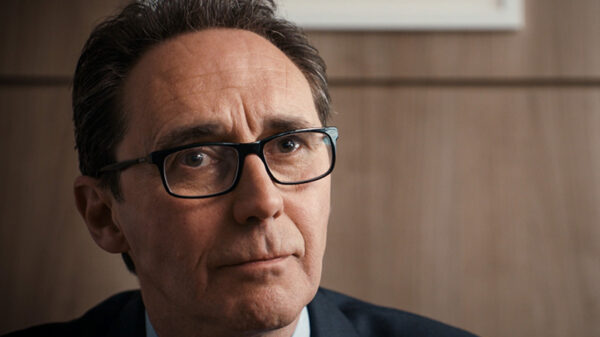