Former Holby City actress Thusitha Jayasundera will be appearing in ‘The Divide’ at the Edinburgh Festival from 8th – 20th August before it runs at the The Old Vic London in 30th January – 10th February 2018.

Thusitha, who played surgeon Tash Bandara, stars in the Alan Ayckbourn play which is presented in two parts, in a tale that unflinchingly explores a dystopian society of repression, insurrection and forbidden love.

Plays Tash Bandara DATE OF BIRTH : 1971 PLACE OF ORIGIN : Sri Lanka. Her parents still live there and she visits every couple... 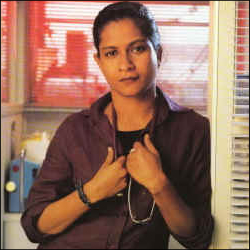