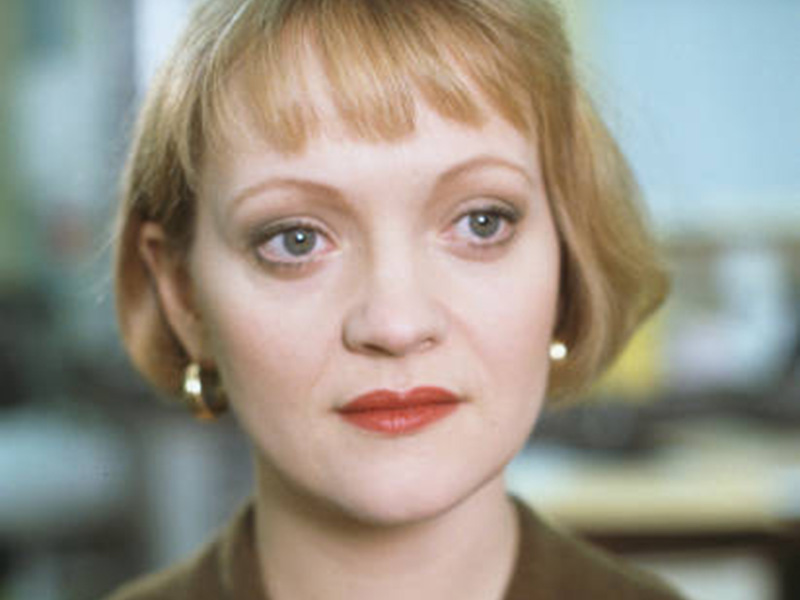 (to Charlie) It’s this way

Social Worker Patricia Baynes – Trish – was brought in on Series 6 as a much needed love interest for Charlie Fairhead. His love life always awkward and unsatisfactory, he seemed to have found a soulmate in Trish. She was prepared to commit to Charlie and although he loved her, she became increasingly annoyed at how his work ruled his every waking hour.

We are first introduced to Trish in S6 E3, when the couple meet a bereavement counselling group. Charlie is already smitten. Later in the shift, a confused shoplifter is brought in, talking of her baby. Beth calls Social Services, and when Trish and the paramedics go round to her house, they discover her baby is dead, through serious neglect. In S6 E4, Charlie holds a seminar, introducing Trish to the other staff. Two children are also brought in after being trapped in a fridge dumped on wasteground. One of the children is also found to be malnourished – Trish is called in to help the father who is poor and living with her in a caravan. In S6 E5, Beth cannot find anything wrong with a neurotic woman, who has previously come in with various symptoms. Charlie asks Trish to have a word with her, where she confesses her real problem is her husband’s need for sex. Trish suggests counselling. In S6 E6, Trish thinks Charlie is giving her the cold shoulder, when he is tied up in work. In S6 E7, a babysitter pretends to be the baby’s mother on arrival to A&E. The baby is suffering a chest infection. They discover her own baby died of hooping cough. Trish is called in and Charlie is annoyed the police are to be involved, when she should have been offered more support. In S6 E9, a boy is brought in after falling from a balcony. Julian discovers bite marks to his thighs. Trish questions his friend, who reveals they were both forced to take part in a dog fight by his father, so he could take pictures. Trish is left shocked. In S6 E10, a runaway boy who returns home only to be pushed through a glass window by his mum’s boyfriend, turns up in A&E. Trish is called and tries to persuade his mother to take him back, but she refuses and leaves. In S6 E11, Charlie says he can’t go home with Trish as he’s working late and she acts despondent. Next episode in S6 E12, she is again upset with him claiming she never gets to see him and suggests a transfer so they would have to meet up outside of work hours. In S6 E13, Trish is pushed into a filing cabinet by an angry client, who she is unable to help. She says she won’t report the incident. Charlie gives her stitches and she has a moan on how she dislikes people’s hatred for job. She asks Charlie to be with her, but he says he must work, which upsets her. By S6 E14, Trish is fed up of making all the effort in her relationship with Charlie – when he refuses to take two days off for them to go away together. In her last episode of S6 E15, they both attend Beth’s leaving party. Trish tires of Charlie talking hospital and leaves without him. She is then called in to deal with the aftermath of a plane crash. As they both leave in the early morning after a heavy shift, Charlie suggests going home together – tired, she refuses, saying she wants to go home alone.