Actor Velibor Topic plays Drugs baron Neculai Stenga who makes his appearance on HolbyBlue from next week when he attacks a woman to frighten his girlfriend, Louise. Louise then confides in her ex-boyfriend, PC William ‘Billy’ Jackson however when she agrees to testify against Stenga, we see just how dangerous he can become.

The first time the viewers see Stenga, he is marching up some steps and then throws a young girl out of the window – he’s not a nice piece of work…

He’s a very nasty person, straight away you know who you’re dealing with. The way I played him, I wanted him to be a ‘nice nasty’ though. It’s going to be a big surprise for John Keenan when he realises that Stenga and Harry are working together.

Stenga is a very rich guy. He will have got used to bribing policemen back home where he comes from.

Eastern Europe is like that; I come  from Bosnia and it has happened to  me. I was stopped in the street in my  car, I gave some money to the  policeman and he let me off. These  days it’s stricter though, which is  obviously much better.

Stenga threatens John’s family, do you think he’s prepared to go through with it?

In episode two Stenga says he’s not afraid to hurt John’s family, you never believe he’ll go that far. In the end Stenga doesn’t care about prison because he knows he can get out of it. 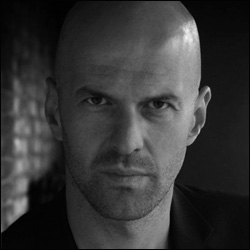 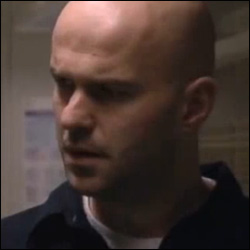