The world of modern policing is a completely different one to what viewers are used to experiencing in film and TV, according to Tony Jordan; a world he hopes to reflect in his sexy, new, prime time police drama, HolbyBlue, on BBC ONE. 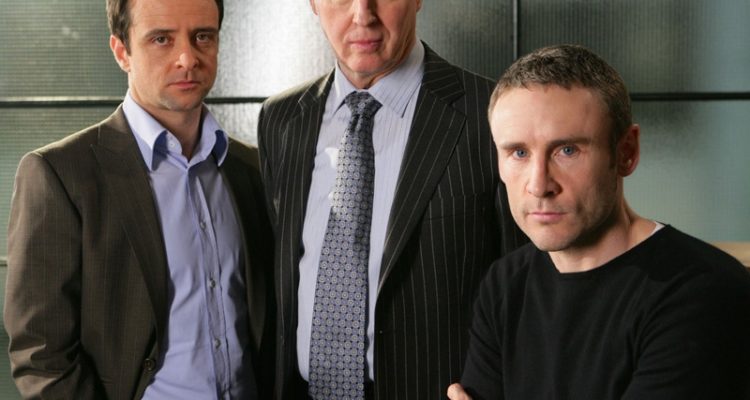 The world of modern policing is a completely different one to what viewers are used to experiencing in film and TV, according to Tony Jordan; a world he hopes to reflect in his sexy, new, prime time police drama, HolbyBlue, on BBC ONE.

Muggings, ASBOs and hoodies are all on today’s agenda for the modern police force but the additional constraints of the constant terror alert means the additional pressure of juggling a split in resources and manpower:

“I think post 9/11 policing has been about shifting priorities,” explains Jordan. “Do you spend your money on preventing a terrorist attack that may never happen, or use it to halt the rise of violent crime that’s all around us every day? It’s a tough call but one the Police have to make every single day. They also have to keep the Government happy by hitting their targets in the process.”

HolbyBlue, the first drama from Jordan’s new production company, Red Planet Pictures, in association with Kudos, the makers of Hustle and Spooks, has a fresh and innovative twist on the traditional police precinct drama, claims Jordan, who is no stranger to the genre having created the BBC’s critically acclaimed City Central and co-created cult hit Life on Mars as well as having writing credits for ITV’s Thief Takers.

“HolbyBlue is different to traditional pre-watershed drama because we have approached it as we would a nine o’clock show,” explains Jordan.

“We really wanted to push the boundaries and shake up the preconceptions of pre-watershed drama and take a few risks by making it sexier, edgier and more action packed. We don’t pull too many punches and as it’s also been shot on HD it has a different style and look. I hope that everything about HolbyBlue shows our ambition for it as a new breed of cop show.”

Karen Wilson, executive producer for Kudos, agrees: “HolbyBlue has a new look and feel from other police series but at the core of the show, and the Holby South precinct, are strong characters – most of whom are honest and hard working and passionate about their job; everyday heroes who make great sacrifices, and regularly put their lives on the line, to keep the streets of Holby safe.”

Two such characters who are central to the workings of the station are DI John Keenan and DS Luke French.

John is a well worn detective; has an eye for detail, a passion for the job and an imaginative approach to problem solving but he still retains a very black and white view of right and wrong. His dedication to his job has been at the expense of his marriage; a sacrifice he is starting to regret.

Luke is the new boy to the station; a career cop with his eye on the top job but as much as he is ambitious, he’s down to earth, caring and eager because he really feels he can make a difference.

Inspector Jenny Black is the boss of uniform; she is hugely respected in both the uniform and CID departments and she’s well liked because she’s fair, very hard working, discreet and incredibly organised. She knows about everything that happens in her station as she has eyes and ears everywhere…

…which is just as well considering some of the officers she is in charge of: self confessed ‘God’s gift to women’, PC Robert Clifton; worldly wise but debt ridden PC Kelly Cooper; clumsy yet eager-to-please rookie, PC Lucy Slater and outsider PC William Jackson whose troubled background means he’s forced to face up to his split loyalties on a daily basis.

The rest of the uniformed staff are much easier to handle, with Desk Sergeant Edward ‘Mac’ MacFadden who has run his area for decades, PC Neil Parker who strives to climb the career ladder and Custody Sergeant, Christian Young, who is always ready with a quick quip and some tea and sympathy.

Overseeing CID is Chief Inspector Harold Hutchinson; the valued boss who has been there, done that and looking forward to a quiet retirement in Cornwall.

The cast of HolbyBlue are a mix of talent from a variety of backgrounds ranging from a raft of well known and well respected names such as Tim Pigott-Smith, Zoe Lucker, Richard Harrington, Cal McAninch, Kacey Ainsworth and Kieran O’Brien, alongside newer faces to TV like Elaine Glover, Joe Jacobs and Chloe Howman in an ensemble cast of thirteen key characters who make up the newest residents of Holby.

The drama takes place in the same setting as two of the BBC’s most popular and much loved dramas, CASUALTY and HOLBY CITY.

Although it is part of the Holby ‘brand’ and retains much of the warmth and humour of its sister shows, HolbyBlue is quite separate to both dramas and has a style all of its own.

“When it first aired 20 years ago, CASUALTY was a snap shot of life in the modern NHS with increasing budget cuts and stretched resources. HolbyBlue takes a similar look at a modern police force in a time of great change and hopefully shows what it takes to be a police officer today, explains Jordan.

“Like nurses, the police have a difficult time of it dealing with abuse on a daily basis,” continues Wilson “as well as heart-wrenching situations and all too often despicable behaviour from a community in which they are working to protect and serve; and DI John Keenan is the very epitome of these dedicated officers. We expect them to be whiter than white, everyday heroes but they too are only human and have flaws just like the rest of us.”