From childhood, Zita always wanted to be an actress, ‘but never thought I actually would, thinking it was a bit of a dream.’ However, she applied to two drama schools and, getting into both, decided to go for it. Having spent three years at drama school she found work. ‘I lived with other actors, which was hard as they all got work before me. While I was waiting for a job, I turned to into an exercise freak to amuse myself.’

Things turned around when Zita got her first paying job at Stratford East Theatre in ‘You Eat With Your Fingers’ (the play Good Gracious Me was based on) ‘The ball started rolling from there and touch wood hasn’t stopped since.’

Zita then starred in the first episode of ‘Gimme Gimme Gimme’, moved onto ‘Heartbreak Hotel’ for BBC One and then worked on films.

‘I appeared in a Film Four production called Large where I played a complete slapper. Just before I got CASUALTY, I played Juliet in Romeo and Juliet at the Leicester Haymarket, which was something I always wanted to do and it was great to get under my belt.’

Before she went to her CASUALTY audition, Zita saw a palm reader who told her that she would be moving west for a job in soap or a regular drama. Thinking he meant America she didn’t give it a second thought at the audition; it was only afterwards she realised that he had been spot on when she found herself relocating from London to Bristol.

27 years old, Zita joined the cast of CASUALTY at the end of Series 15, and has seen her character develop from a naive student nurse to a more mature, level headed staff nurse, ‘Since Roxy has come in and she’s the youngest one now. Anna is now a staff nurse and she’s got more responsibilities and has her head together.’ Zita enjoys her role of Anna and compares their personalities, ‘I’ve got more stories to tell than her, more goes on in my life than hers! I’ve discovered that she’s really moral, much more so than I am. Because she hasn’t got a love life, she’s always passing judgement on everyone else’s. She’s nice with it though and she has grown up a lot recently. I think it had something to do with her haircut!’.

Zita admires anyone in the nursing profession, a job that she feels she could not do in real-life. She doesn’t even go to the doctors as she’s scared of them, unless she really has to, preferring to take natural remedies. ‘I think that anyone who is a nurse has got to be pretty hardcore. It’s beyond me how anyone can do the job,’ says Zita, discussing Anna’s good and bad points, ‘She is also a good laugh and is forgiving to her friends. On the negative side, she can be disapproving and was very judgmental when she found out that Tony was gay. She made some terrible comments about the gay lifestyle and I found that very hard to portray on screen.’

Anna hasn’t had much luck in the romance department since she joined, ‘They’ve labelled her the unlucky in love one,’ jokes Zita, ‘She’s had a quiet time romance-wise. She asked Dillon and Tony out in the last series, of which nothing materialised. And a surprise flirtation with Harry ended in an illicit kiss.’ That kiss which was shown earlier this series was infact Zita’s first screen kiss, ‘It was my first screen kiss!’ she exclaims, ‘I’ve done it before in the theatre as Juliet but I’ve never done it on the telly.’ And no-one was more shocked than Simon MacCorkindale, who played Harry, ‘At first we didn’t know that we were going to do it until the last minute as they weren’t sure if they were going to use it or not. At first they’d cut it out and then after a few takes of not kissing the director said ‘Kiss him!’ so I did and he (Simon) didn’t know it was coming!’ she says. ‘It was just flirty business really but if you talk to Simon about it, I’m sure he’ll have a very different story on it. According to Harry, Anna’s got the wrong end of the stick, but she doesn’t think she has. It just builds up to a point and then he fobs off the whole thing the next day and says it was Anna’s imagination. She’s very moral and she just got swept of her feet, he’s a bit of a father authority figure as her Dads not around.’ However she does get another bit of romance, Zita reveals, ‘Later on in the series something will happen with somebody else.’

Zita, admits to being accident prone in real life, ‘Infact I am very accident prone. I banged my arm and head only yesterday, it happens so frequently that I’m used to it. But I haven’t been to hospital recently.’

She almost lost her life at sea three years ago on a holiday trip in Portugal. However her best friend Claudia came to the rescue, ‘I was swimming in the sea, got caught in a rip-tide and couldn’t get back. I tried to swim, got really knackered and thought ‘Oh well, that’s life.’ I was ready to die because I was just so tired and I couldn’t breathe plus my lungs were filling up with water. I just thought ‘Oh well I’ve had a good time’. That’s how I felt because I was so exhausted and I wasn’t even particularly scared. Luckily my friend Claudia is a good swimmer and she came and got me. It took ages to get back. We were waving for help to people on the beach and they were just waving back!’ says Zita who now sticks to shallow waters. ‘There’s no point conquering my fear, I just won’t go for a swim again. It’s as simple as that.’

The best friends met at drama school, ‘We were both born on the same day, the same year, both our Mum’s are called Jill and we’re both left handed and we’re both from the same country as well, so we’ve got a lot in common.’

Zita has also helped Claudia in the past ‘We’re equal now!’ she jokes, ‘Claudia was involved in a car accident right outside my flat. I went to hospital with her and was trying to keep her cheerful all the time. I had to hold her scalp together while they stitched it up. I thought I was really squeamish but in real situations I’m really good and I was really surprised. When I first got my job on CASUALTY I went to St George’s Hospital in Tooting Bec in London for a couple of sessions. I went into an operating theatre and watched while someone had their jaw opened. Their face was actually off, which was horrible but I felt okay watching it.’

Zita, who is originally from Birmingham, now has a house in Bristol where CASUALTY is filmed. In her first 6 months in the show she shared a flat with ex-CASUALTY star Jan Anderson ‘It was wicked. I really do miss her, we all do,’ she says.

Away from the hectic schedule, Zita finds things to help her relax, ‘I like to go out to dinner and visit my friends at home to have a glass of wine. Sometimes you’re so tired after work you just want to crash infront of the telly,’ but also manages to stay active and keep herself in shape ‘I’ve bought loads of fitness videos and I’m a member of they gym but I haven’t been for ages. I’m going to try and sort myself out and do some yoga. I bought myself a video for it, but haven’t taken it out of the cellaphone wrapper yet. I like walking though and I walk a lot in the countryside.’

She also enjoys cooking, ‘I’ve just bought a grilling machine and am experimenting by cooking chicken with it.’

Zita has become a firm favourite with fans who enjoy her portrayal of bubby Anna, ‘I only get fan letters from 14 year old girls! Just saying ‘I really like you’, asked if she ever gets any strange letters or underwear from fans, she laughs out loud ‘No certainly not! .. especially not from 14 year old girls!’ 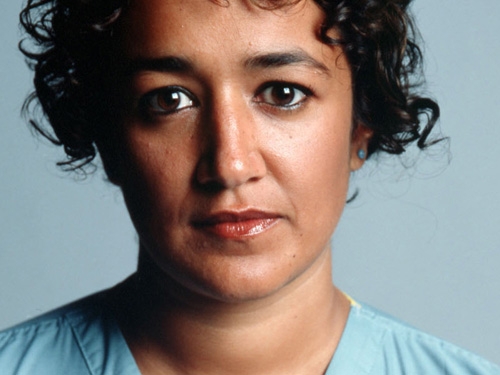 Actress Zita Sattar is remembered for playing fun nurse Anna Paul three years ago. Known for her bubbly personality, her character Anna had a... 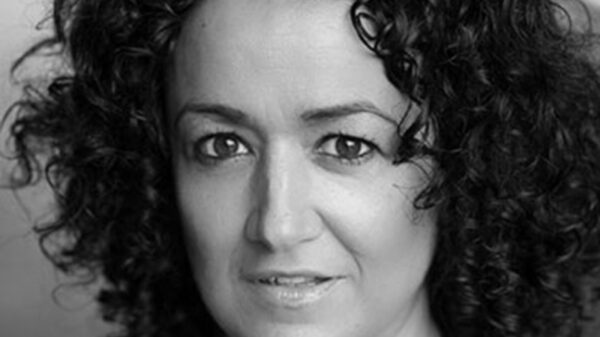