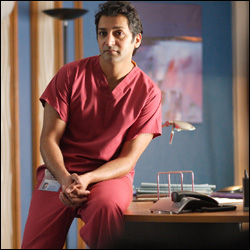 Annalese wants Ric to move in with her while he’s undergoing chemotherapy.

Michael takes the news well but, as Connie increasingly encroaches on his territory, Michael finds it harder and harder to contain his growing frustration.

When Connie hands over a case to Greg instead of him, Joseph fears he’s becoming a doormat again. Joseph attempts to assert his authority over Greg by undermining him but ends up humbled when he has to call for Greg’s assistance in theatre.

Frieda spends her 30th birthday doing the night shift, much to her chagrin, but things momentarily look up when an old friend who’s an agency nurse turns up