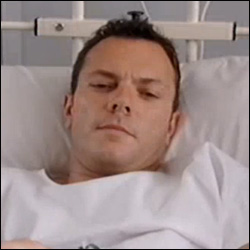 Nick is in recovering from his operation as he had to be operated on immediately after severing an artery in his arm. Karen waits with him for a short while, but she’s not there when he wakes up. She tells Kath that she couldn’t just sit there and hold his hand. Mike tells Nick that it could be months before he regains use of his hand and it’ll be a while before he can operate again. Mike says that Nick shouldn’t have behaved like that, but Nick retaliates saying that he couldn’t leave the woman to die.

Danny asks Julie what to cook for Victoria, and she’s impressed when she sees his shopping. When Meyer spots them together, he tells Victoria that the people she needs to influence will not be impressed to discover that she is dating a health care assistant. Kath tells Danny that they have to keep it professional at work and not get too involved.

Meyer tells Nick that he’s saved a life but put his career at risk and that he must look after his hands. He says that Nick isn’t selfish enough to make it to the top of his career ladder and hasn’t got enough ambition. He tells Nick to prove to him that he can be that man, and Nick says that he may not be the man Meyer wants him to be. Meyer tells him that there will be someone else who can be that man.

Damien doesn’t want to go home, though his treatment with Kirstie is finished. She asks Ray to calm him down, and Damien asks for Ray’s phone number but Ray doesn’t give it to him – saying he can’t get involved with a patient. Damien suggests that the reason Ray’s scared is because Damien’s a man and tells Ray he knows what it’s like to live a lie. Damien asks him why he’s come here to meet him now if he doesn’t feel anything for him. He gives Ray his phone number and tells him to call. Damien tries to kiss Ray as they part, but Ray gets out of the way.

Karen goes to see Nick and asks what he’ll do if his hand will never work again and he tells her that he’ll need some tender loving care. Karen says that the puppy-dog look doesn’t suit him and walks out but Nick follows her and sits next to her in her office. She kisses him on the forehead and he asks her to go on holiday with him. She says they’re moving too fast and suggests they have a break. He says he’s going home soon and asks her to meet him outside, come home with him and be his wife again. He waits for her, and gives up and walks away, but Karen drives up and tells him to get in. He asks if she’s sure about this and she replies that there’s only one way to find out, and they kiss. She says this time they’ll take things slowly, at her pace, not his. Nick agrees and they drive off together. 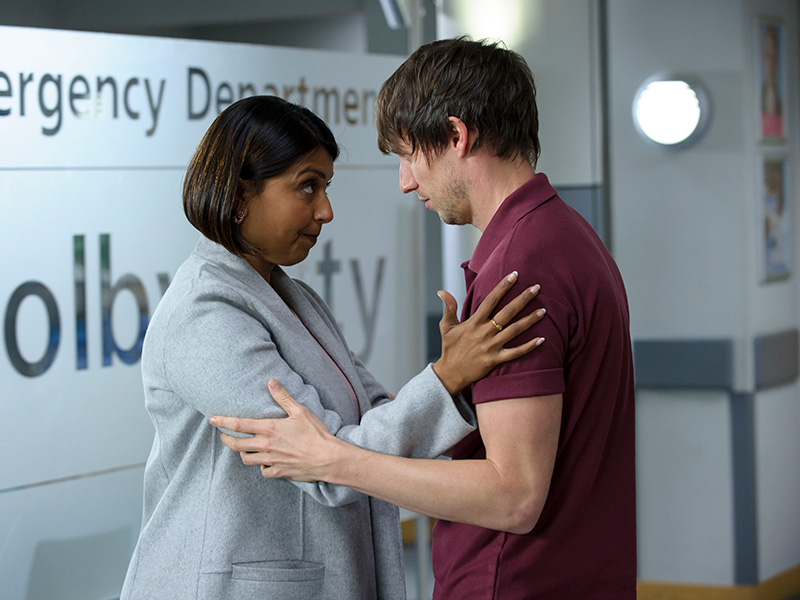 Max is reunited with James, and old friend from medical school, who enters the ED with his fiancee Aisha after she falls victim to... 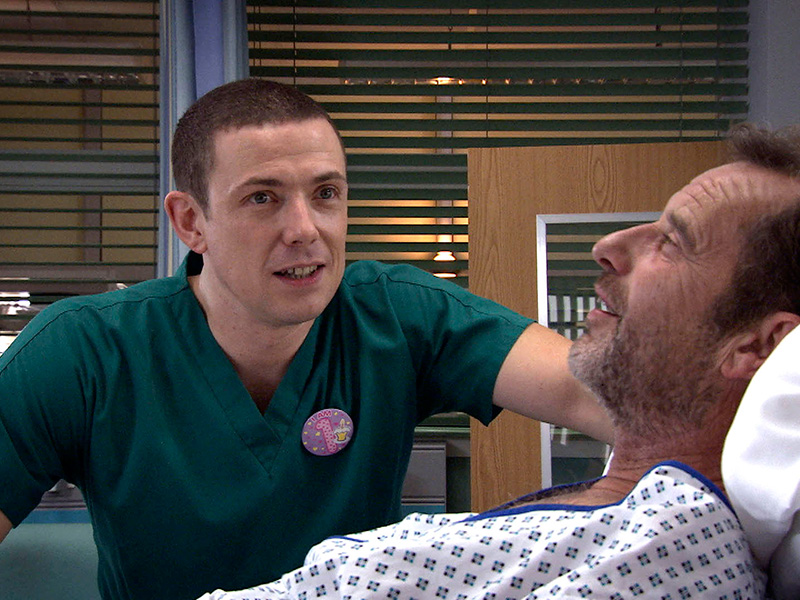 ‘Wages of Sin’ : Jonny is keen for Jac to engage more in Emma’s life as her first birthday arrives – so when the... 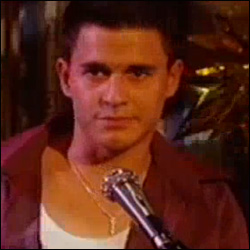