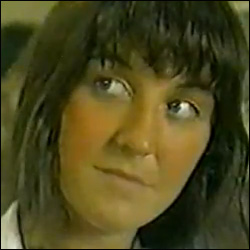 Alex is given a surprise leaving party at the end of shift and given champagne from a bed pan. But a bomb explosion in the city centre puts the team on red alert. Two surgeons, Arnold Richardson and Simon Spencer, arrive to assist the team, who help treat a stream of injured patients.

Two schoolgirls, Janet and Anna, are brought in after a school trip to a panto. Janet has minor head injuries, but Anna is taken to the operation theatre for a laporotomy. Her mother, Gill, waits agonisingly until they finally tell her she’s alright. Their teacher’s husband, Mr Marshall, is frantically searching for his wife.

A woman, Betty, who has been blinded and has a fractured femur, is worried for her daughter, Olivia, who is getting married. A shop assistant, carries a young woman in his arms to A&E – but she dies. He says all he knew was that her name was Olivia.

A baby, they named ‘Alice’, is brought in – it’s mother died after shielding her from the blast. Cyril discovers one patient is a shoplifter as her bag is full of jewellry, she has a tension pneumothorax. Duffy treats a pregnant woman, Dorothy, who is worried about her baby – a scan shows it’s fine. Megan helps an ex-army soldier, who is having flashbacks, he has a gash to his knee, and a woman, Barbara, is brought in with severe injuries. She bravely faces her arm having to be amputated.

While with the dead bodies, Jimmy answers a mobile phone from one of the bodies – he tells the worried woman he’ll get her husband to call back. Charlie angrily throws out a reporter who is dressed as a doctor, he and Lucy then certify a man dead on arrival – it’s been a busy and stressful shift.

Charlie : How’s about that then?!

Charlie: Leave him, I think we just got laid. (switches off machine)

Cyril: Better have the card.

* Maggie McCarthy plays hospital receptionist Ada, oddly the next series she is cast as the regular receptionist, but in the name of Helen Green.