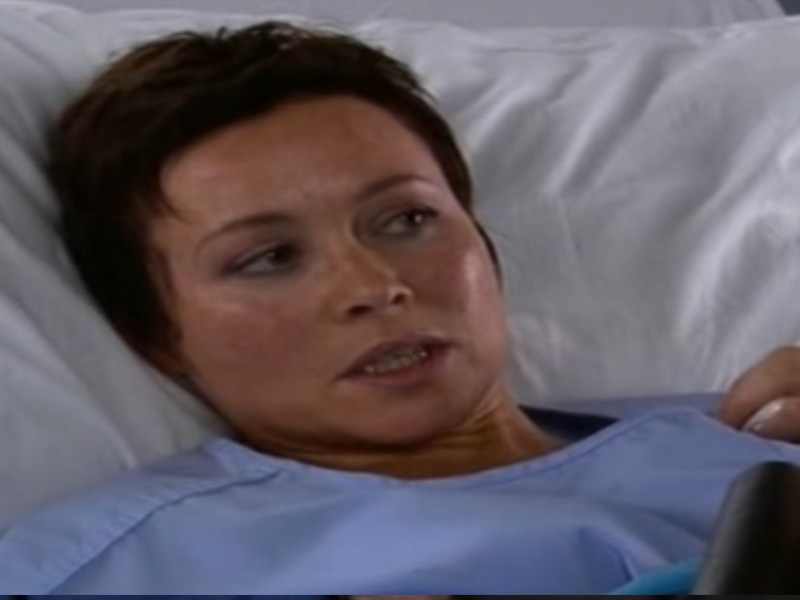 Stuck in the lift in agonising pain, a weak Lola manages to alert Jess on her mobile. Jess and Mark head down to the basement, evacuate Lola and take her up to Darwin ward. Connie breaks the news that Lola will have to go into theatre today as Ric looks on concerned. During surgery, Connie is arguing with Sam when her waters break – she’s going into labour.

Chrissie arrives back at Holby and is cold when she meets a wheelchair-bound Connie in the corridor. Sam rushes out of Lola’s surgery to visit Connie in the delivery room but she doesn’t want to see him. Later, Sam goes to see his newborn daughter and Chrissie joins him, urging him to make amends with Connie.

Thandie is blunt with a couple, Judi and Greg, who she tells to go to their GP, which doesn’t win her any brownie points with Mark. The next day, the couple return and Judi is now hallucinating. Angered by the treatment they receive again, Greg chains the AAU doors together. He is adamant that he won’t remove the chains until his wife is seen. Mark is impressed when Thandie correctly diagnoses the woman with an over-active thyroid, and invites her to go for a drink.

Also, Kyla and Harvey’s marital situation reaches boiling point, as they violently argue on top of the hospital roof. When Harvey threatens to jump, he loses his footing and falls.

Ric is saddened when Jess tells him her plans to leave Holby and all her baggage behind and is travelling to Hong Kong.

Dan breaks the news to a patient, Jamie, that he’ll never be able to play rugby again.

* ‘I thought I was in heaven and then I saw him [Ric] there!’ Lola says when she wakes. 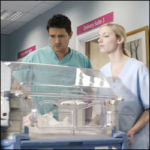