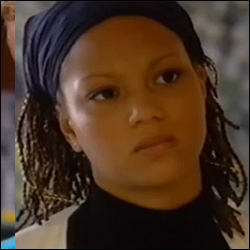 The episode begins with Meyer undergoing a series of tests – MRI scans, reflex tests and blood samples. Anton’s voiceover talks through his symptoms and comes to the conclusion of Motor Neurone Disease. A short scene in theatre shows him fumbling an instrument. Cutting back to Charles Merrick’s (Victoria’s father’s) office. He tries to reassure Anton that it might not be MND, but Anton tells him how he watched his grandfather waste away due to the disease. Charles advises Anton to take things easy. Anton asks if he should not operating, claiming he doesn’t feel he can give it his very best. Charles reassures him that his best is still more than sufficient.

Julie meanwhile hurriedly drops her daughter Rosie off at the childminders on the way to work.

Paul Upshall arrives at Holby complaining of stomach pains with his stepdaughter Susan. They have a brief argument about whether or not he should go with her on holiday. He is to have a colonoscopy so Tash advises Susan to go home instead of hanging around waiting.

Charles, walking with Anton, asks why Victoria left Anton’s team. Anton dodges the question by saying that she is an excellent doctor. Charles again reassures him about the MND and they part company.

Stan’s slap-up fry-up breakfast is interrupted by Steve, who assigns him to Otter ward, where he instantly starts trying to pinch the kids’ breakfasts.

Ian Richards, an old man who is to undergo heart surgery asks Alex to tell Anton he is there when Alex comes to see him. Alex attempts to go through his case with him, but finds him on the receiving end of a thorough grilling from Ian about Ian’s condition, unnerving Alex. Emma, Ian’s wife sits with him.

At the childminder’s, Rosie appears ill – she is throwing up and running a high temperature.

Susan tells Jasmine that she thinks her father is putting on his pains to avoid going on holiday. She then confronts her father about his ‘faked’ illness, accusing him of being unable to move on after his wife’s death. They argue and he tells her to go on holiday without him.

Anton pays a visit to the library to look up MND. While trying to reassure Emma Richards about Anton’s absence, Julie is distracted by the arrival of Rosie and her childminder on the ward. Rosie is running a temperature so Julie takes her down to Otter ward, leaving Sandy in charge.

Alex tells Anton about Ian’s earlier grilling, assuming that he’d picked up his knowledge on the internet. Anton tells him that Ian was the man who taught him about cardiothoracic surgery and was one of the country’s foremost teachers on the subject.

Paul’s pain intensifies and Tash diagnoses him has having a perforated gut. Jasmine tells her Paul might be faking, but Tash curtly responds by pointing out all the medical facts that would be impossible to fake. Jazz offers to call Susan but Paul refuses.

After some persuading, Victoria agrees to give Rosie a bed on Otter ward.Just as Sandy begins to think she will have an easy time of things, John Salter, a patient systems manager arrives asking for Julie and wanting some statistics. Simultaneously, the heading fails and two patients require her attention.

Anton explains the risks of Ian’s operation to him but he dismisses them, saying that as a surgeon himself he knows them and that he has absolute faith in Anton.

Victoria tells Julie she thinks Rosie has a viral infection and so wants to keep her in for observation. Bianca’s mother complains that Bianca had to wait for many hours before seeing treatment for her broken leg whereas Rosie was given instant care. She explains Bianca was due to audition for ballet school.

The repairman arrives to fix the heating, suggestively asking to be directed to Sandy’s thermostat. John is becoming increasingly annoyed about not receiving his figures.

Emma asks Anton what the risks are to her husband. Anton is evasive but admits that the risks are very great – although they are outweighed by the possible benefits. Emma sighs, saying that is exactly what she heard from Ian.

Sandy meanwhile tries to console Ian in her own endearingly scatterbrained way. Danny apologises about her and asks Ian about how he should decorate the Christmas tree. As he walks away, Ian winces in pain, clutching his chest.

Tash is operating on Paul, with Jazz present. When Mike asks which one of them was responsible for spotting Paul’s condition, Tash quickly says they both were.

Julie stalls John about his statistics and leaves Sandy in charge as she goes to see Rosie again.

As Alex and Anton are talking in his office, Anton drops his pen. He looks at his hand in surprise and abruptly dismisses Alex.

Janice tells Bianca’s mum that Bianca will be in plaster for 6-8 weeks. Steve tries to cheer Bianca up, telling her she’ll get another audition.

Mike operates on Paul, only to find something sinister – damage to Paul’s heart. He calls for a cardiologist.

Susan returns, in disbelief that her father has gone in for surgery. The repairman tells Sandy that he has temporarily fixed the thermostat, but needs to get parts to fix it properly. He winks at Sandy before disappearing. Sandy mouths an “oooh” before turning back to her work.

Julie returns to Rosie’s side. Bianca’s mum tells her how helpless she feels, constantly worrying about Bianca.

Ian and Emma have started having second thoughts about having his operation. Anton asks if he is to postpone the op but Ian firmly decides that it is what he wants.

Anton is bleeped away to Paul. He seems distant as he makes his assessment but decides an operation is required.

Jasmine brings Susan the bad news about her stepfather. She instantly regrets mistreating him.

Janice becomes suspicious about Rosie’s condition and orders more tests. Julie disappears to Otter again, much to John’s anger. Jazz gives him a dressing down for being so anally retentive about figures when Rosie’s life is in the line. Victoria gives Julie the bad news of it being a bacterial infection.

Meanwhile, Stan has missed his dinner…

Anton is shown doing exercises with his hands in preparation for Paul’s operation.

Ian tells Emma that he doesn’t want to go on living in such pain, which is why he must have the operation.

While operating on Paul, Anton again fumbles an instrument. He seems distant, then walks out and hands over to Alex, much to Mike’s shock. In the scrub room, Anton is shown grasping a coathook for support and breathing deeply.

Victoria diagnoses an inflammation of the membrane around Rosie’s heart.

Mike asks Alex what is wrong with Anton. Alex dismisses it as normal behaviour.

As Steve wheels Bianca out of the ward, she says she is considering giving up ballet entirely so she can relax and have more fun in life.

Janice takes Julie to her office, saying she intends to attempt to drain the area around Rosie’s heart with a catherta. Victoria asks if surgery is necessary, but Janice says no.

As Ian is being taken into the operating theatre, Victoria asks Anton’s advice on Rosie. He says he would rather not operate on someone so young.

Paul, recovering from his operation, says sorry to Susan for stopping her from going on their holiday. She reassures him that he should try and move on after his wife’s death and spend more time with the family.

Anton is dismissive about walking out earlier, saying it will help keep Alex on his toes. Alex asks if he is apprehensive about operation on Ian to which Anton replies, with typical modesty, that Ian wants the very best he can get. In the theatre, Anton complains about feeling too warm.

Emma gets herself a coffee on her own and waits.

Ian is brought off bypass but his heart is too weak and is not beating properly. After two hours of surgery, it starts to fibrillate. Alex attempts to revive him but there is nothing he can do. Anton tells him to keep going, but Alex responds “He’s gone, Mr Meyer.”

Alex offers to talk to Emma but Anton says it must be him. She admits she never wanted Ian to have the operation. Anton says he felt the same way but Ian had been adamant that he would have it no other way.

The episode ends with Julie telling an unconscious Rosie that she doesn’t know what she’d do without her.

Charles Merrick: [to Anton] Fifty percent of your best is still better than most people.

Ian Richards: Eventually you reach an age where despite all your self-confidence, you realise there is actually someone younger and better at the job.

Mike Barrett: What exactly is it about valve replacements you don’t like?