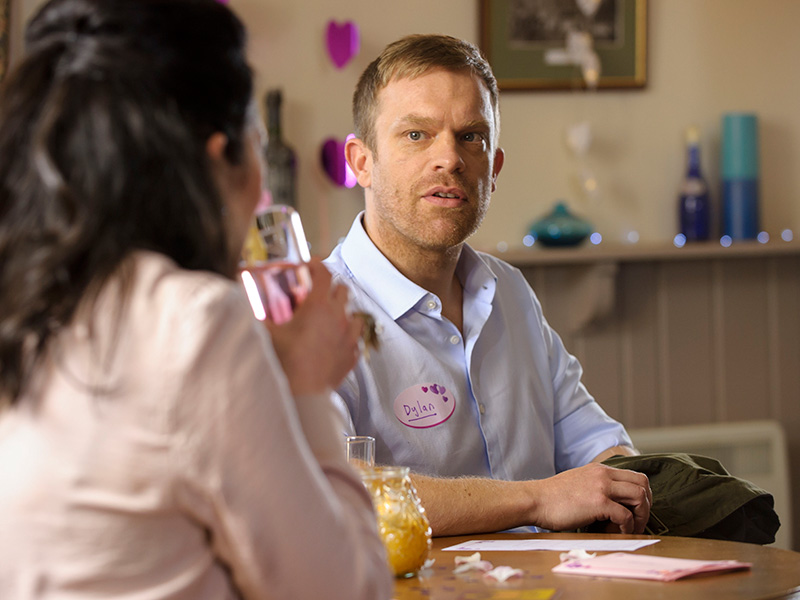 ‘Somewhere Between Silences (Part One)’ : Tensions between Jez, Iain, Mickey and Scott look set to reach fever pitch after Mickey is brought in to the ED, having been injured during a police chase following a race-related assault on a shopkeeper.

Desperate to keep his relationship secret from his hardline brother Scott, Mickey puts on a front and insults Jez, but when Iain realises Scott has intimidated the shopkeeper’s wife into silence, he decides to make use of his knowledge to ensure justice is done.

Meanwhile, Max takes an interest in attractive mortuary assistant Tara during a speed-dating session at the Hope & Anchor, but the situation becomes complicated after Tara faints, resulting in an illuminating trip back to the hospital.