In a schoolboys’ gang fight, one of them falls down a steep incline and is taken to casualty. The guilty boy tries to pin the blame on another, but their teacher finds out the truth.

Having had an operation, a salesman collapses in pain. In casualty Mike discovers that he was not prescribed anti-coagulants after the operation, which might have prevented the blood clot. This does not augur well for SHO Daniel.

Ash agrees to go to the fund-raising ball with Laura. And Baz and Charlie eye eachother warily. 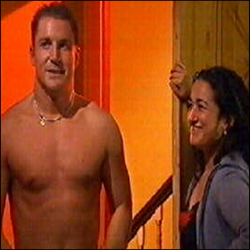 S16 E34 (27 Apr 02) : Scapegoat by David Joss Buckley Episode Summary Jan is worried she will be made a scapegoat for the death...