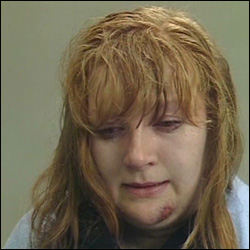 Charlie chases Baz through an empty corridor, and they kiss in the staffroom. Baz then goes to see Megan, who is resting upstairs after her operation – she also talks to Ted, who is worried about Megan. Susie is getting crank dirty phone calls in reception, after one too many calls, she finally shouts at them.

A restaurant owner, Demitri, chops off his finger, while in the kitchen, after arguing with Adonis, about finding a cockroach in a dish. Paramedics pick them up, and Mute finds they have put his finger in some strawberry ice cream, to keep it cold.

At a school disco, Salim fancies a girl called Annabel, he has been drinking. She whispers to him to meet her in the changing rooms for a joke. While he waits for her, he stands on the diving board of the pool, singing and drinking. As Annabel goes to see if he’s still waiting there, she finds him face down in the pool. In CRASH the team shock him back to life, and he is sent to ITU. The teacher comforts Annabel, who feels guilty.

Duffy is late for her shift, the staff are at first annoyed with her constant lateness. She is seen in her flat looking after her cat, who has just had kittens, and also has a leak in her roof. As she leaves for work, she misses the bus, tries to use the phone box but it is broken, so has to walk in the rain. As she goes up ‘Easter Steps’, she is concerned about a man in a corner, and goes over to see if he’s alright. As she gets closer, he grabs her, and rapes her. After the attack, a couple find her and call 999, Ponting and Mute are shocked to discover it’s Duffy, who is very quiet. In A&E, the staff are also shocked at what’s happened, especially Susie. DI Potter urges Ewart to get a statement from Duffy, but she refuses to go to the police. Ewart takes her home to Susie’s house.

Two decorators, Bob and Dougie, are in as rumours fly around of a Royal visit. Ewart argues with managers about the waste of money – at the end of shift, he is told the Royals will be using a different route, as A&E is too dangerous – so it was unnecessary. is upset, after practicing his welcome all shift.

The staff go and see Megan after shift, with a box of chocolates. When she asks where Duffy is, Baz tells her she had the ‘night off’ so as not to upset her.

* Salim – a teenage boy, who’s been drinking, falls into a pool, after being stood up by a girl he liked.

* Demitri – restaurant owner, who gets his finger chopped off, in the kitchens

* Mrs Ashcroft comes in with her young son, who’s finger is stuck in a bike handle. She complains about the waiting time.

* Duffy – brought in after the attack

* Other patients include an ‘Oscar Crisp’ and ‘Ruby McBone’

Charlie chases Baz through the hospital;

Charlie : No running in the corridors Dr Samuels!

(Baz tries to lock out Charlie from the staffroom, but gradually he pushes it open)

Charlie : We still have 20 minutes before the shift starts

Charlie : Dr Samuels, I’m in love with you.

Baz : Go and take a cold shower. (Charlie blocks the door) Charge Nurse! (They kiss and she leaves, Charlie bites his hand to believe it was real)

Ewart : If you don’t want to talk about it, I’ll quite understand

(Duffy and Ewart walk arm in arm, Susie walks behind them, feeling helpless)

* The Royal visit from Charles and Diana, was to visit the new baby unit.

* Ewart speaks to Roz about Gillian, but again he is to busy to see them.

* Megan asks Baz to let her go home early, but she can’t. Charlie has the idea of them all going to see her after shift.

* After Duffy’s attack, Ewart says to Susie he wants to bring back the night bus 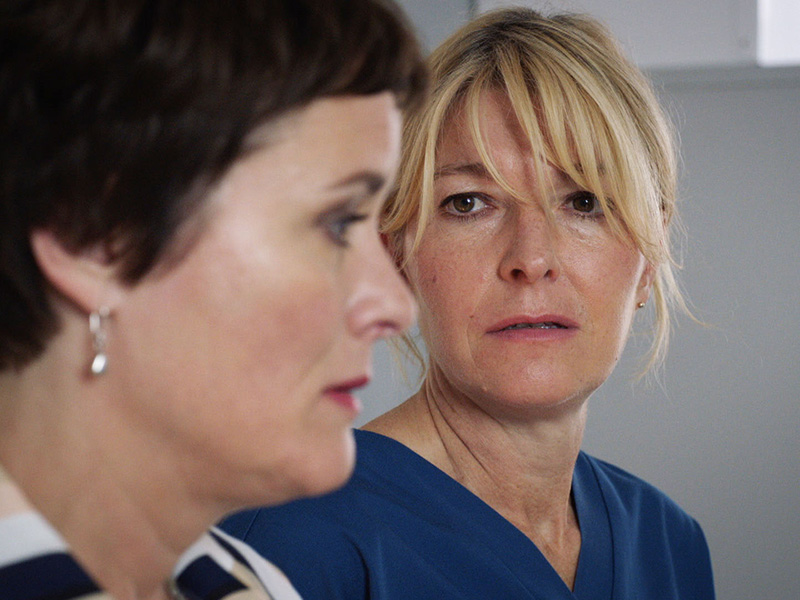 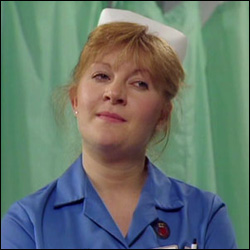