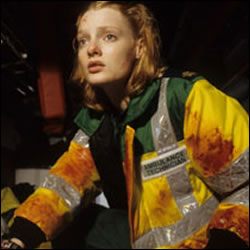 New trainee Paramedic, Nikki Marshall, is with Josh and Fin on her first day. Josh, who’s driving, jumps a red light and crashes into a car with four men inside. The ambulance careers into a railway bridge, and precariously hangs over the edge with Josh and Fin trapped inside. Nikki tries to deal with the injured – she unblock the airway of one boy, Kenny but another, Danny runs off. Patrick, who has recently passed his creditation, and new nurse Dillon Cahill, are called out to assist in a fast response car. Fireman pull Josh and Fin out of the wreckage before it crashes and burns to the ground. Dillon finds Danny, who then collapses and is taken in.

An upset Nikki tells her boss, Jeff McGuire, that she thought Josh was going to fast. Married, Sergeant Rachel James, who is found to be dating Patrick, arrives to take statements. Fin, who also believes Josh was to blame, tries to protect him, but Jeff tells Rachel what Nikki told him. The four teenagers are found not be joyriders as first thought, when Danny tells Josh he bought the flash car as he had just become a professional footballer. He then lapses into unconsciousness and fits. Josh is upset when Max announces his death.

New biker paramedic, Comfort, attends a shout at The Green Man pub, where Brendan, on his stag night, complains of chest pains and has a fight with his drag queen stripper, Delight. At A&E, Jack unwittingly gives Delight his phone number.

Max warns Patrick for getting intimate with Rachel at work. However his girlfriend, Amanda, has arranged a surprise meal with candles for him in his office.

Meanwhile, Charlie visits widower Duffy at home with her two sons, Jake and Peter, when she unexpectedly goes into labour. She refuses to go to hospital because Andrew died there and Charlie is forced to deliver her baby boy, with some complications.

Anna and Chloe are now living together, after Chloe has sold her boat, but reveals to Anna at having £7,000 worth of debt.

* Four teenage boys in car that hit ambulance; Kenny who Nikki treats for an unblocked airway at the scene. Danny, fits at the hospital and later dies. The other two survive.

* Brendan – on his stag night, chest pains which are not serious and cut to head.

* Paramedics Josh and Finn are also slightly injured, and Duffy is eventually brought in with her new baby son.

Finn : 3005 to Holby Control receiving over

Holby Control : Respond to a 999 call in the Green Man public house on Deveer Road in the City, reference 6900, man collapsed possible MI, patient is conscious

Max comes out of CRASH to tell Josh news. Finn and Nikki are standing nearby;

Max : He’s had a prolonged arrest and probably had a mass intercranial bleed, I’m sorry 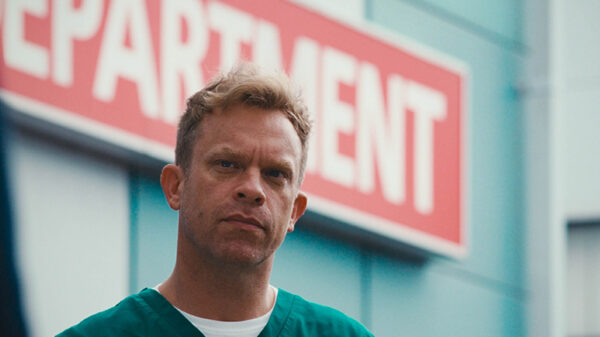 Rash becomes further embroiled in the gang after Hafsa brings him a troubled youth who needs a place to stay – only for the...