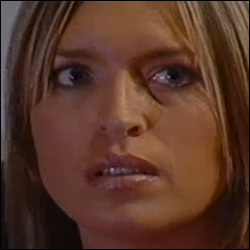 The main storyline in this episode focuses on Rufas Wooding, a twelve-year old boy who is on Mr Meyer’s transplant list, awaiting a new heart. Rufas’ heart isn’t pumping a sufficient amount of blood to his lungs, despite a previous operation. Rufas is extremely weak and so Mr Meyer suggests a ‘TCPC’; major surgery that would result in the right side of his heart being by-passed. Mr Meyer explains the procedure to Rufas’ parents and warns them about the risks; he could die in theatre. Rufas’ mum, Marion, immediately agrees, and although her husband, Paul, agrees too, he doesn’t seem to be as sure about it. Meyer proposes they operate that afternoon but Alex and Sam both voice concern about it amongst themselves. It comes out that the last time Meyer attempted the operation, on a little girl, she died.

Sam is so uncertain about the operation that she asks Alistair his opinion. He is reluctant to answer as he doesn’t know the patient history and because he isn’t an expert on TCPC. Alistair does admit that he is not a TCPC advocate and tells Sam that ‘Meyer is a difficult man to contradict’. He implies that he only way to stop Meyer, is to take the patient out of the equation. Sam, still confused, voices her concern to Alex once again. He admits that he has a gut instinct that the TCPC isn’t the correct line of action to take, but that he trusts Meyer’s opinion so will carry out the operation. Sam promises Alex that she won’t say anything to Rufas’ parents but after spending some time with Rufas, she decides to secretly tell his parents about the little girl who died. Consequently, Rufas’ parents decide to take Rufas home rather than allow Meyer to use him as a ‘guinea pig’. Meyer is shocked as to why they have changed their minds so suddenly and Alex realises what Sam has done; he is furious. Later, Rufas is readmitted to A&E, in a worse state than he had been in earlier that day.

Not only is Sam debating about Rufas, she also has to deal with Ric returning to work. They bump into each other in A&E where Ric is attending to Neil Stephenson, a young man who has fallen from a telegraph pole whilst working, and now has a screwdriver stuck in his leg. Ric notices Alex and working with Sam, and knows they are back together. He later gives Sam a cheque for £20,000 to repay her money that he gambled. She tells him she doesn’t expect it, but Ric just shouts at her for agreeing to marry him when she was in love with Alex.

Neil’s antics have caused a local road to be closed off and has been broadcast on the radio traffic report. An old girlfriend, Martine, comes to visit after hearing the news. She doesn’t know that he is now married with two children and tells him that she never stopped loving her. After speaking to Ric, about his many divorces, Neil tells Martine that nothing could ever happen between them again. He then speaks to his wife and tells her that they should go away together once he has recovered. She knows all about Martine visiting him, but says nothing.

On Otter Ward, Janice is still working, despite feeling ill. It is busy so she and Steve are finding it hard to cope. A twenty-year old man brings in his baby daughter, Lucy. After tests, Janice cannot find anything wrong and sends them home. The father insists that his daughter is ill but leaves due to his own father’s encouragement. Laura is brought back later on and is diagnosed with having an ‘Epidural abscess’. There is a chance that it could get bigger and paralyse her but Steve prescribes strong antibiotics in an attempt to cure it. Steve admits to Danny that he is becoming bored with his job, and considers applying for a new one.

Janice is taken ill but refuses to give birth early, against Owen’s advice. She is desperately afraid that she will lose her baby, and wants more time for the baby’s lungs to develop. Owen agrees to give her steroids and induce the birth the following day. However, Janice takes a turn for the worse and Owen returns to work to deliver the baby.

Owen had planned to spend the night at home with Katie, but Chrissie unexpectedly turned up. After receiving a phone call about Janice, Owen has to rush back to Holby. Katie refuses to go home to her mum, so Chrissie is left to babysit. Chrissie refuses to make Katie some hot chocolate so Katie sneaks into the kitchen to make it herself. Chrissie catches her and the boiling milk spills onto her arm so Chrissie has to rush Katie to casualty with a scolded arm.

* Lucy – Baby with a spinal abscess.

* Neil Stephenson – Man with a screwdriver stuck in his theigh.

Meyer walks down the corridor, picks up a file from the nursing bay, and walks off.

Kath : I can do that

-Dianne and Kath walk off, the camera pans round to Alex and Sam, who are walking onto the ward.

Alex : I think we should probably keep our heads down as Ric’s back today. You know, give him a chance to adjust

Sam : He called off the wedding, not me. Anyway, we’ve got nothing to hide have we?

-Chrissie is at the nursing bay and hands the phone to Sam.

Chrissie : It’s Dr Kaminski in the emergency department. He’s got a child with a heart condition clogging up the resus room

Alistair (to Chrissie) : Mr Meyer in yet?

Alistair : Better check the notes in case there’s something he needs to know. Don’t want to upset the ‘Great man’

Chrissie (hands him some files) : Ah, and I thought that was your speciality (To Alex) Anyway, Mr Griffin will be back later, should be interesting; if you’re into blood sports

-Alistair and Chrissie walk off, Danny and Sandy walk in.

Sandy (to Danny) : And she had all her knickers on the radiator

Danny : Well, talk to her then

Chrissie (Walking back in and handing Sandy a pair of rubber gloves) : Ah, Sandy. Mr Aldridge has had another accident, so if you don’t mind

-Sam and Alex walk off.

-His bed is wheeled outside.

Mum : Does that mean you can operate?

Mr Meyer : If he remains stable, however, the risks are much greater now

-They all get into the lift but his mum corners Sam.

Mum (to Sam) : If he dies, I’m holding you responsible

-They both get into the lift and Sam looks extremely worried.

Some of the episode is filmed on the Casualty set but the only Casualty cast member to appear is Dr Simon Kaminski.