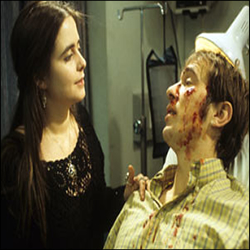 A haemophiliac is treated after a knife attack. He is puzzled when Kate tells him a friend told them about the haemophilia. The friend elightens him she works for the same company and had read his personal files as she had a crush on him but was too shy to speak to him. He forgives her and asks her out.

Dominique, a glamorous South American medical student, who did some training with Richard, is observing in the department. Gloria is rather jealous. Dominique is okay until she sees a child die of meningitis. She rushes off and Gloria finds blood in the basin. Dominique has been relieving stress by draining her own blood; she admits to Richard that the pressure is too great for her.

Bereaved Josh is back on the job with Liz, but she is unsure he is ready. Matt and Jude say goodbye.

In this article:Cas Series 11, Kate Lock 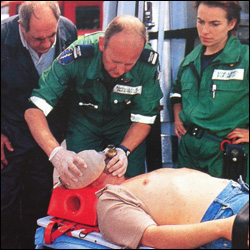 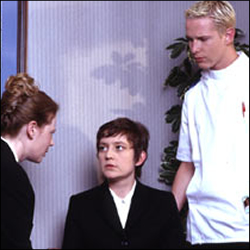 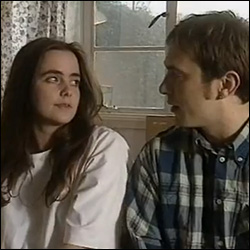