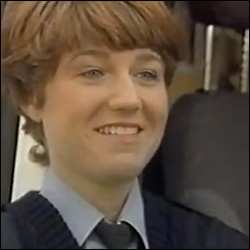 Paramedics Keith and Jane are called out to a disused site where two young drug addicts, Melissa and Mike, threaten them and steal their drugs case. Mike injects atropine, and they go to A&E when he feels unwell. Beth thinks he is on speed, until the paramedics recognise them – Melissa runs off, but the police are called for Mike.

Charlie is looking forward to his old friend, Robert, who has a broken leg, coming out of hospital that day and plans a celebrated drink, at the end of his shift.

Three students, Alex, Luke and Joshua, celebrate after passing their finals and go on a drinking binge. Laughing and joking, two of them bring Alex into A&E in a wheelbarrow and leave him there, after he collapses. They then call his girlfriend, Denise, who arrives to see him. In CRASH, they battle to save him but he dies. Charlie comforts Denise.

Jimmy flirts with Paramedic Jane, and they go for a Chinese after shift. Duffy picks up baby Peter from her childminder, Barry. Charlie goes to pick up

Property developer, Henry Carpenter, is thrown through his office window, when a lorry’s brake fails and crashes into him – his wife, Anne, looks on in horror. He has multiple injuries and dies in CRASH. Megan and Social Worker, Tony, help her through.

Julian removes shot gun pellets from a South African lady, Mrs M’Bete’s behind – he seems to know a lot Robert from his ward – but his bed is empty. Med Reg Dr Funmi Akinuli, tells him he suddenly collapsed and died. Charlie is totally shocked.

* Mrs M’Bete – x-rays show shot gun pellets in her behind.

* Robert – Charlie’s friend, collapses and dies on an upstairs ward.

Duffy : Has he been good?

* Charlie gets Robert a stuffed toy tiger as a leaving present.

* Jimmy steals milk from doctor’s lounge and also a wheelchair from Geri’s ward for Robert.