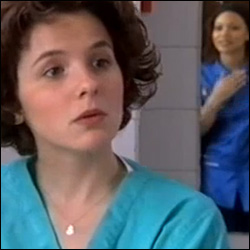 Jasmine and Julie are chatting as they travel to work, when the bus is brought firmly to a stop as there is a huge RTA involving a motorcyclist. Jasmine and Julie act fast and call an ambulance, meanwhile we see Victoria swimming in the local pool when her phone rings so she is forced to come into work. New-boy Alex operates until Meyer arrives, and Mike Barratt (who is back after his injury, although still on crutches) also operates. New nurse Sandy is forced to spend her first day babysitting for terror Josh.

Mike notices that Kath is unwell, and also in a very bad mood. He arranges for her to go down to maternity where she has her womb removed. She tells Danny that she’s upset because she’ll never be able to have children again, but Danny reassures her that she has three wonderful children already.

Alex and Kirstie get off on the wrong track, when Alex appears to relate to a patient who is talking about spiritual experiences. Kirstie doesn’t have time for the nonsense, while Alex believes that they need to gain the patient’s trust and respect.

Victoria is concerned that she might have infected a patient with cryptosporidium which is a virus commonly found in swimming pools, and Victoria had wet hair when treating. She goes ahead with treatment for the virus without consulting Meyer, who later lets her know that the patient’s results came back negative – she didn’t have the virus in the first place! Victoria asks whether this misjudgement and the fact that she didn’t check with Meyer will affect her application to stay on the team, and he replies that it will have no bearing.

Alan, a victim of the road accident, is suspected to have a vital injury to his brain. His wife, whom he is separated from, is called in and is disturbed to find out that Alan is in fact gay and is living with his friend Greg. Greg and Alan’s wife make the painful decision to turn the life support machine off, after Alan takes a turn for the worst.

Sandy and Alex’s first day on the wards has been very hectic.

– Nina Partington (Kelly Hunter), a patient in the RTA who believes in very modern, spiritual ideas.

“Disagree. I can’t think of a better time to kick him” Meyer 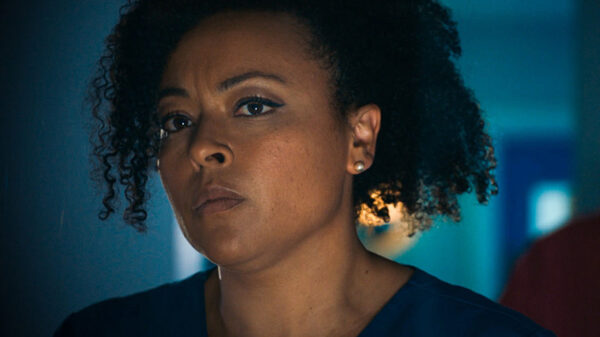 After the devastating news about Mia’s abuse, Donna struggles to connect with her adopted daughter. Things go from bad to worse when Donna...